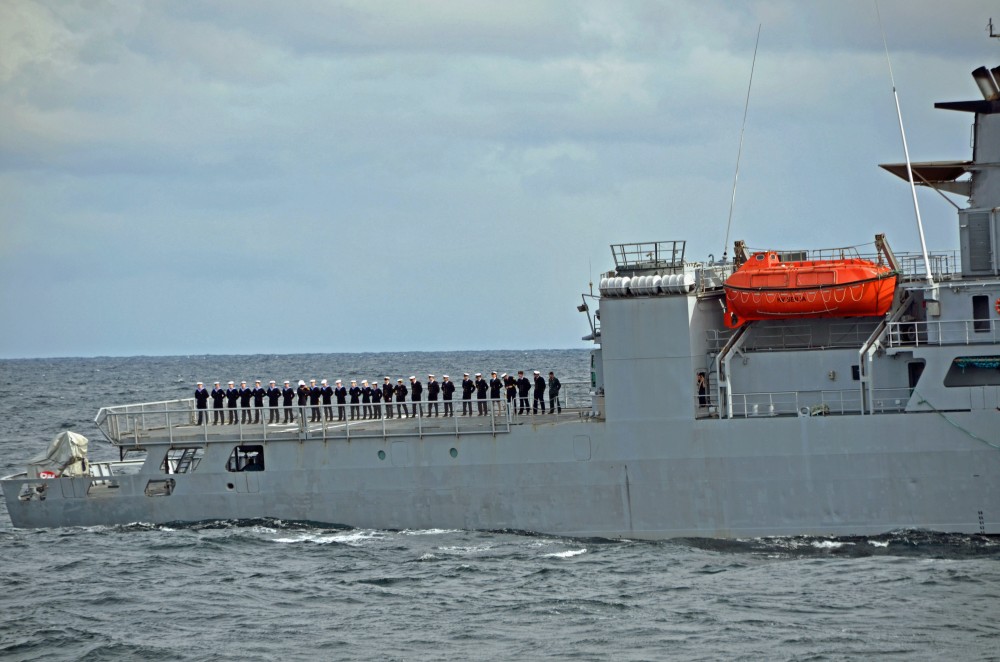 Regular military relations between Norway and Russia have been halted for nearly two years, but the two countries’ Coast Guard Services continue to cooperate on protection of borders and resources in the Barents Sea.
By

Representatives from Russia´s Federal Security Service (FSB) and the Norwegian Joint Headquarters are meeting in the border town of Kirkenes today.  The meeting is one of two annual working meetings, press officer at the Joint Headquarters Lieutanant Colonel Ivar Moen says to the Independent Barents Observer.

Working meetings are held on deputy level, and lead up to the annual commanders’ meeting, which is held every other year in Russia and Norway, respectively.

On the agenda for today´s meeting in Kirkenes is exchange of information and knowledge, and presentation of data concerning fishery inspections and statistics, Moen says.

“Norway will continue suspension of the bilateral military cooperation between Norway and Russia until further notice, like our allies and partners do”, the Ministry of Defense´s press service says to the Independent Barents Observer.

Military bilateral cooperation between Norway and Russia has been suspended since March 2014, following Russia’s annexation of the Crimea and use of armed forces in Ukraine. In December 2014 the suspension was extended until the end of 2015.

“Norway will continue collaboration with Russia on areas that are of vital importance for stability and predictability in our immediate region, and on areas like safety at sea and in air”, the ministry says. This includes Coast Guard, Border Guard and search-and-rescue activities as well as the workings of the Incidents at Sea Agreement. Contact between the Norwegian Joint Headquarters and the Northern Fleet will also continue. “The operative collaboration on these areas is functioning well”.