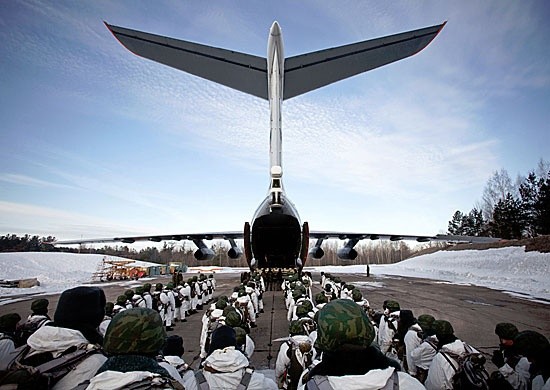 Russia´s Airborne Troops are preparing for large drills in the Arctic this year, including a massive airdrop of troops and cargo on the North Pole.

The drills will take part in the first half of 2016, Lieutenant Colonel Yevgeny Meshkov says to RIA Novosti.

The drills will last several days and be organized together with the Russian Geographic Society´s Expedition Center and the Military Transport Aviation.

Belarus, Kazakhstan and Armenia have all expressed a wish to take part in exercises in the Arctic together with Russian airborne troops, Commander of the Russian Airborne Troops Colonel General Vladimir Shamanov says to RIA Novosti.

Russia has conducted airborne drills in the high Arctic the last two years. In April 2014 more than 90 paratroopers from the Ivanovo-based 98th Airborne Division jumped from an Ilyushin Il-76 airplane onto the drifting Barneo ice station close to the North Pole.

In April 2015 nearly 100 paratroopers from Ivanovo and Pskov together with soldiers from Belarus and Tajikistan landed at 89° north after jumping from planes in -60°C. In cooperation with the Russian Geographic Society´s Expedition Center they established a camp close to the Barneo ice station, where they for several days conducted drills on setting up camps in case of emergency situations with vessels on the Northern Sea Route or with planes on transpolar air flights.

Watch video from parachute drop in the Arctic on TV Zvezda.