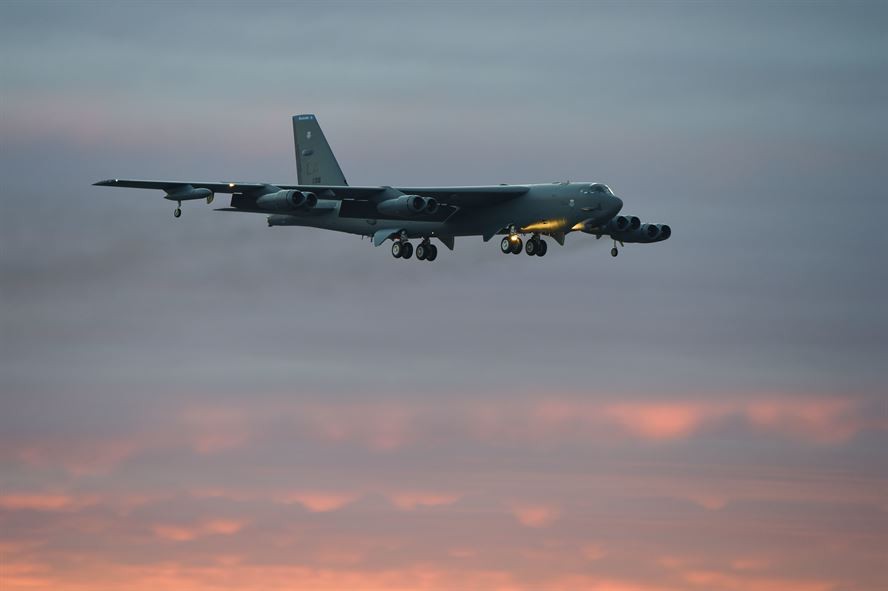 US Air Force deploys three B-52 strategic bombers to Cold Response exercise. The planes will be in the skies over Norway on Tuesday.
By

B-52 is some of the oldest still-flying military bomber in the world. The newest one was built in 1963, just after the Cuban missile crisis. Capable of carrying 32 tons of weapons, including nuclear bombs, the long-range aircraft is still an important part of US nuclear triad.

On Tuesday, military leaders from the 13 participating nations in Cold Response will watch the B-52 planes as they fly over the town of Namsos, some 200 kilometres south of the Arctic Circle.

The US strategic bombers flying over the skies of Norway gets attention in Russian media, citing the event as a part of the US Armed Forces’ increased presence in northern Europe.

The three B-52 bombers participating in Cold Response are assigned to the 2nd Bomb Wing at Barksdale Air Force Base in Louisiana and will operate from an air base in Spain, reports Air Force Times. It is not known if any of them will actually land at Ørlandet or Bodø air force bases in Norway.