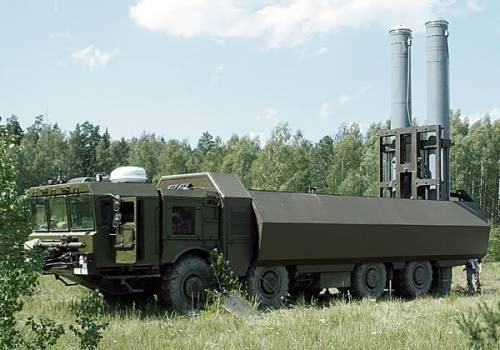 The new missile system will shortly be tested in the Barents Sea.
By

The new missile system will be used during exercises in the Barents Sea in the nearest future, the Armed Forces website reads.

Used in Russia since 2010, the Bastion mobile coastal missile systems have been designed to protect Russian warships from enemy squadrons and convoys. The system uses the anti-ship missile “Yakhont”, and has a maximum range of 300 km. It is designed to engage surface ships of different classes and types (convoys, surface combatants and aircraft carrier battle groups) under intense fire and electronic countermeasures. Its main objective is the protection of the coast stretching over 600 km from enemy amphibious operations.

The “Yakhont” missile can carry a 200-kilogram warhead and has the unique ability of being able to cruise a few meters above the water surface, making it difficult to detect and intercept.

Earlier in 2015, some Bastion mobile coastal missile systems from the Black Sea Fleet were positioned in Crimea to demonstrate Russia’s intention to fully protect the peninsula.