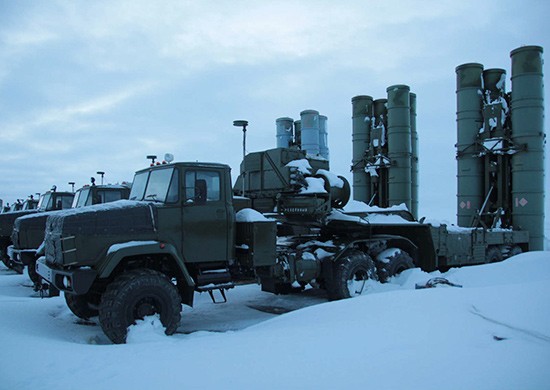 In order to enhance control over Arctic air space, Russia has set up an air force and air defense forces within the Northern Fleet.
By

With the formation of the new units and an extensive surveillance system, Russia is taking its Northern Fleet to a new level.

The 45th Air Force and Air Defense Army of the Northern Fleet was formed in December 2015, Russian Defense Minister Sergey Shoygu said on Friday, according to RIA Novosti.

This development comes one year after Russia established its Arctic Joint Strategic Command, with the Northern Fleet as the mainstay of the new strategic formation.

Russia is also building up an advanced tracking system, which is already partially in operation, building up a picture of air and water movement. Radio-radar units and an air defense missile regiment equipped with S-300 missile systems were put on combat duty on the Franz Joseph Land, Novaya Zemlya, Severnaya Zemlya and New Siberian Islands archipelagos.

A number of additional base structures are under development. Alongside old Soviet bases and airfields that have been re-opened and modernized, several new bases have been built on the country’s north coast and on islands in the Arctic. By 2018, Russia intends to have a total of nine operative Arctic airfields.

Russia plans to continue extended training activity in the Arctic in 2016, including airborne drills on the North Pole.