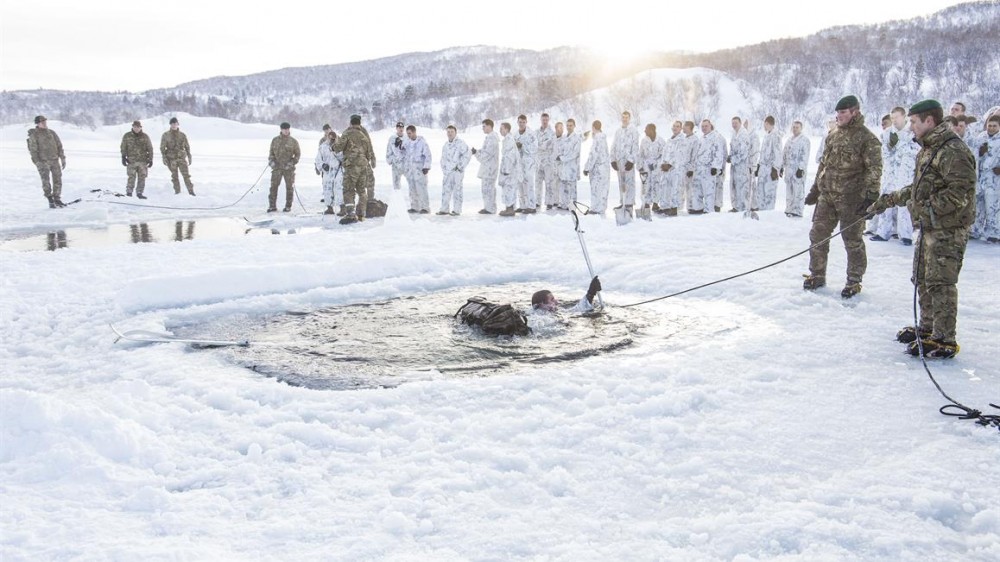 First time a U.S. infantry battalion is training in Arctic Norway.
By

Some 200 Marines from the U.S. Marine Corps lined up on the ice waiting for their coldest experience ever; jumping into the icy waters and learn how to get up again.

Learning how to operate safely in cold climate, the Marines are preparing for the exercise Cold Response 2016. From the icy waters at the Allied Training facilities at Porsanger, the American soldiers move on to the area north of Trondheim where they will participate in Cold Response and be attached to the Norwegian Army’s Brigade North, the Norwegian Defence informs.

15,000 personnel from 14 nations will participate in Cold Response 2016. The preparation phase of the exercise continues until Tuesday next week. The exercise itself takes place in the week from March 2nd to 9th.

This is the second time this winter that U.S. soldiers are training in the Barents Region. In January, 15 U.S. Army soldiers learned a range of extreme winter skills while training together with the Finnish Sodankylä brigade in Lapland.

Finland is not a NATO member, but will together with Sweden participate with soldiers and materiel in Cold Response 2016.