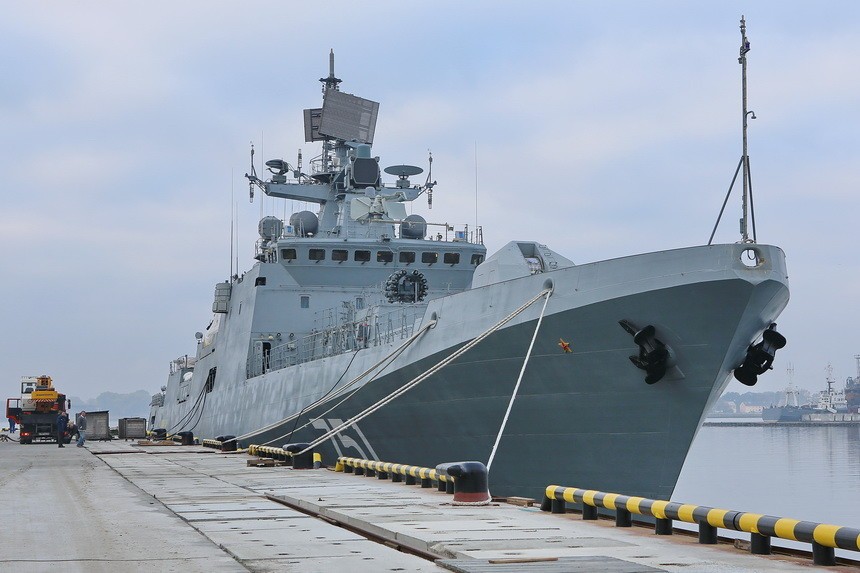 Russia’s newest frigate “Admiral Essen”, built for the Black Sea Fleet, is on its way the Barents Sea for state tests.
By

“Admiral Essen” has left the naval base of Kronshtadt and set course for the Barents Sea, RIA Novosti reports. For the next couple of weeks the vessel will undergo its second stage of state tests in Arctic conditions.

On its way to the north, the crew and people from the Kaliningrad-based Yantar shipyard, where “Admiral Essen” was built, will be testing the ship’s maneuvering and speed capacities as well as its navigational and radio technical equipment.

In the Barents Sea, the vessel will probably be testing its different testing weapon systems. Vessels of this class are armed with Kalibr anti-ship and surface-to-surface missiles, Shtil vertical-launch air defense missile systems, two torpedo tubes, an anti-submarine rocket system, and a helicopter.

After the tests have been completed, the vessel will return to Kaliningrad to prepare to be handed over to the Navy.

The Project 11356 frigates have a displacement of about 4000 tons. They are designed for anti-surface and anti-submarine warfare, both independently and as escort ships. The 125-meter long vessel has a speed of 30 knots and a crew of 180.