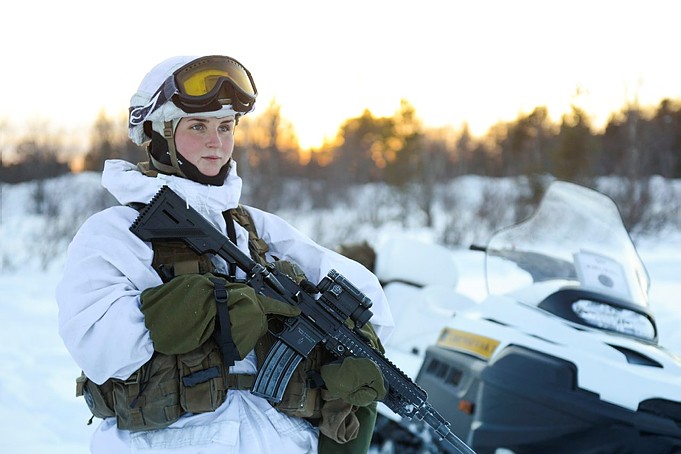 There are so many boys and girls wanting to do compulsory service that the Norwegian Armed Forces can handpick the best.
By

Also in Finland, girls are flocking to the Army, but still as volunteers.

Introduction of compulsory military service for women from January 1, 2015, has made the Norwegian Armed Forces able to handpick the most qualified and motivated soldiers, regardless of gender.

Of the 71,000 conscripts that went through the first, online part of the selection process in November 2015, 17,000 were picked out to go through physical tests and interviews. As many as 37 percent of them were girls, the Armed Forces’ website reads.

The Norwegian Armed Forces only need about 8000 conscripts annually, which means that many boys and girls who are both qualified and motivated for military service, will be rejected.

“In a way we have a luxury problem. It is sad to have to say “no” to motivated people who had been looking forward to joining the Army. But the thing is, we have more qualified people than we have jobs,” says Brigadier Jan Erik Thoresen, Head of the Department for Personnel and Conscription.

Women have always been an important part of the Norwegian Armed Forces. In 2014, 17% of all employees in the Armed Forces, 20% of the students at officers’ schools, and 14% of all conscripts were women.

While Finnish men are subject to compulsory conscription, women have been allowed to sign up as volunteers since 1995. During that time some 7,000 have done so.

Last year there were less than 800, while the year before there were 818. Before that there have never been more than 800.

Any Finnish citizen in good health aged 18 to 29 can apply. All Finnish men are required to serve in the military for at least half a year, unless they opt for a longer period of alternative civilian service.