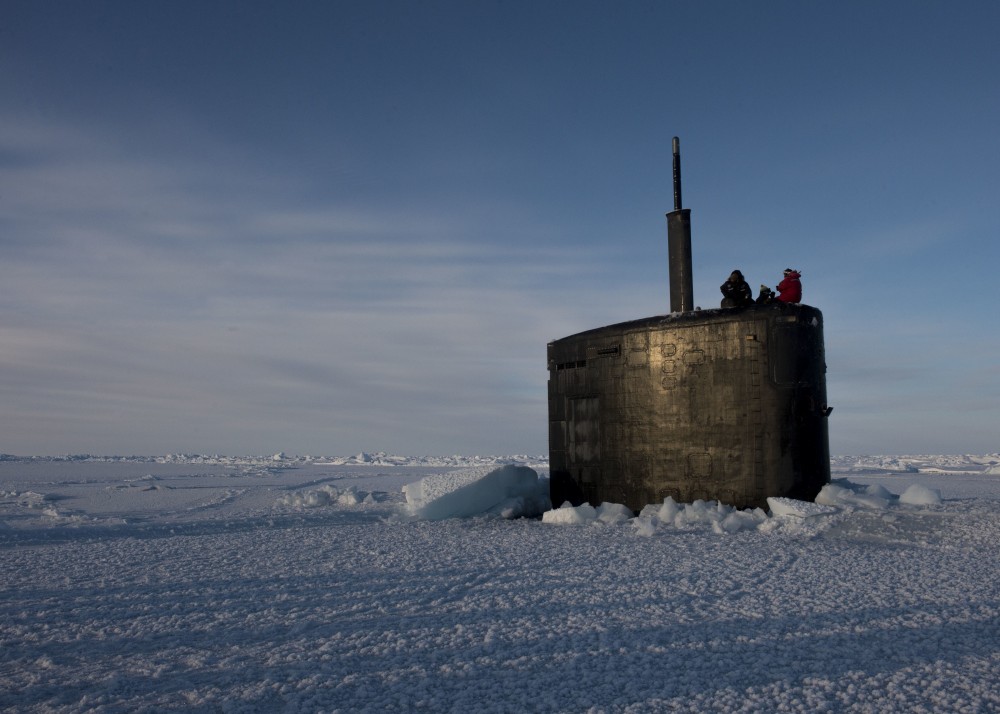 Two nuclear-powered submarines have arrived in the Beaufort Sea, ready to take part in the Ice Exercise 2016.
By

The camp, which can house a maximum of 80 people at one time, is located 200 miles north of Prudhoe Bay, Alaska, in the Beaufort Sea.

Ice Exercise (ICEX 2016) is a five-week exercise with about four weeks of scientific experimentation. The exercise is designed to assess the operational readiness of the submarine force while also continuing to advance scientific research in the arctic region.

During their time in the Arctic, the submarines will conduct multiple arctic transits, a North Pole surfacing, and scientific data collection.

More than 200 participants from four nations – U.S., U.K., Canada and Norway – are taking part in the exercise. Norway is not participating with any military capactities in the exercise, the Armed Forces Joint Operative Command says to Independent Barents Observer. Personnel from the Norwegian Defense Research Establishment are present at Ice Camp Sargo, according to official photos from the exercise.

The exercise will “help the Navy access our overall readiness to operate in the Arctic, increase our operational experience in that area and develop international and interagency partnerships,” said Capt. David Kirk, head of the Navy’s undersea influence branch to National Defense Magazine.

The Navy has for more than 65 years operated its vessels and submarines in the Arctic, Kirk said. “The Arctic region presents unique challenges to the military. Differences in acoustics, salinity and temperature in the Arctic Ocean greatly affect submarines and their equipment,” he said.

Kirk stressed that ICEX was not in response to any alleged tensions with Russia. “We’ve been conducting ICEX for years and years and years,” he said. “We think it’s an important region to operate in. I don’t think in that context that it’s driven at all by Russia.”

The ICEX is planned, co-ordinated and executed by the US Navy’s Arctic Submarine Laboratory, based in San Diego. More than 30 organizations are involved, including the Army, Coast Guard, Alaska Air National Guard, the Department of the Interior and the Department of State.