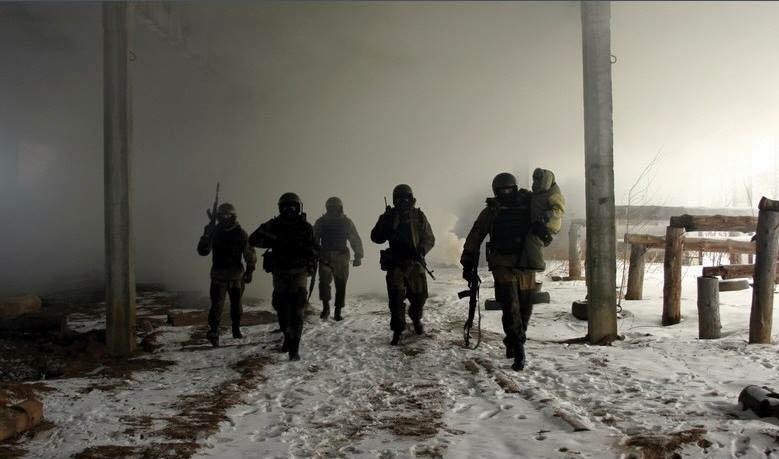 The National Guard will be among Russia's most potent armed forces. Photo: facebook.com/mvd.official

With license to kill abroad; the National Guard

Russia’s new powerful gendarme will fight terrorism and take on homeland security. But it will also be authorized to engage in «peace-keeping operations» abroad.
By

In one of Russia’s biggest reshuffle of law-enforcement authorities ever, President Putin merges the country’s Ministry of Interior with a string of other federal bodies, among them the Federal Illegal Drugs Control Authority and the Migration Service.

The establishment of the new Russian National Guard was presented by the Kremlin in last week’s meeting in the country’s Security Council.

The new powerful body will include about 300,000 officers and become one Russia’s most powerful law enforcement authorities. It will be headed by Viktor Zolotov, the former leader of the president’s security service, and will be directly subordinated the president.

Both contract and conscript troops, and possibly also cossack forces, will be part of the structure. It will be authorized to use force and weapons without warning in cases of threats against civilians or soldiers. It can apply special means like water cannons and armed vehicles to disperse rallies and will have the right to control documents and detain individuals.

In addition, the forces will also be authorized to engage abroad. According to the presidential decree, the National Guard can on the request of the president take part in operations on «support and restoration of international peace and security», newspaper Kommersant reports.

The reform also includes the break-up of the Federal Migration Service and transfer of parts of its responsibilities to the National Guard. The migration issues of the National Guard will be headed by General Colonel Aleksandr Gorovoy, a press release from the Interior Ministry reads.