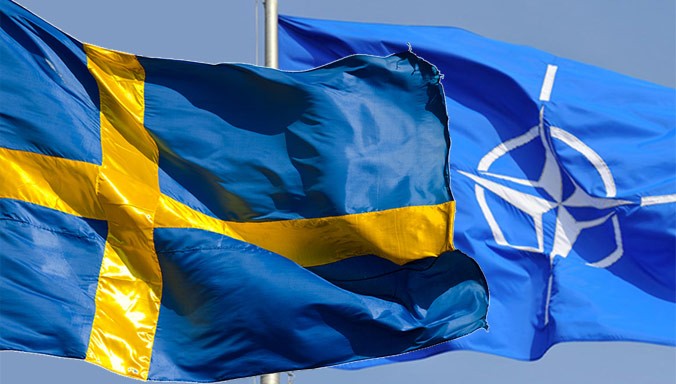 For the first time more Swedes favor Nato membership than are opposed, according to a survey from the SOM Institute in Gothenburg.
By

The figures published in an opinion piece in Dagens Nyheter Friday show that in 2015 the number of Swedes in favor of joining the Western military alliance increased to 38 percent versus 31 percent who would think such a proposal was a bad idea. The SOM Institute’s numbers show a drastic turnaround from 2014 when only 31 percent were in favor, with 37 percent against.

“A clear majority of Swedes want Sweden to remain militarily non-aligned, according SOM Institute,” she wrote on her Twitter account.

Margot Wallström, the Minister for Foreign Affairs, highlighted that statistic on her twitter Friday. Later in the day she released a statement warning that that Sweden’s defense policy could be dominated by Donald Trump if Sweden joins NATO.

“We don’t know who will become the American president in the fall,” she wrote according to the TT newswire. And QUOTE “Military non-alliance has served us well and contributes to stability and security in northern Europe,” wrote Wallström.

Jacob Westberg, a pro-NATO defense expert from the Swedish National Defense University, told Radio Sweden that concern over Sweden’s ability to defend itself and Russian agression in Europe can partly explain the tidal change in public sentiment.

Jan Björklund, party leader for the opposition pro-NATO Liberals, told TT that the government is hewing to an outdated position on defense:

“The categorical nay-saying that the government is engaged in is a relic from the old days. The new world we live in looks different. Nearly all of Europe’s democracies are members of NATO, and everyone sees Putin’s behavior as risky and dangerous,” said Björklund.

News agency TT says that the SOM Institute has reported on Swedes’ attitudes towards NATO since since 1994 when only 15 percent of Swedes were in favor of membership, with 48 percent against.