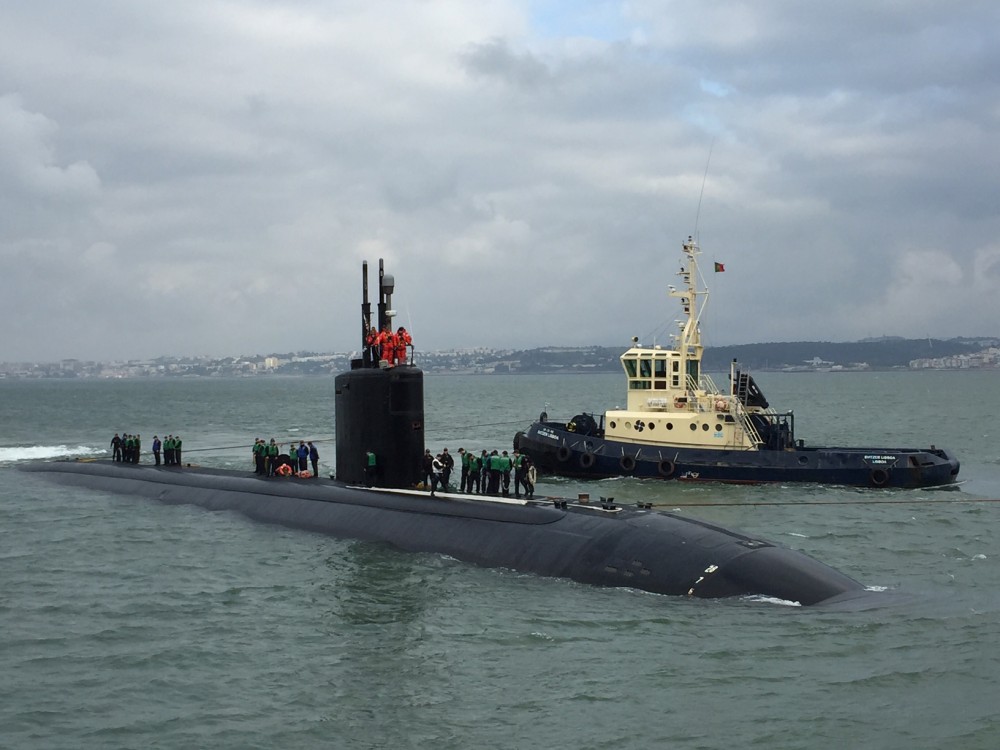 A U.S. navy attack submarine will have to shut down its reactor before sailing into Norwegian waters.
By

Norway’s TV2 reports about the up-coming port call to the municipal harbour at Grøtsund outside Tromsø in Northern Norway.

The exact date of the submarine’s arrival or how long the vessel will stay at quay in Tromsø is not made public.

Norway has long called for a stronger NATO presence in northern waters.

Prime Minister Erna Solberg says she has the High North on the top of her agenda list when traveling to the United States Thursday evening.

“My goal is what I see as a very important security issue for Norway; the maritime and Atlantic dimension. It is important to remind about this area’s importance in the new security situation, Erna Solberg said to NTB on Thursday. On Friday, the Norwegian Prime Minister will meet President Barack Obama in Washington D.C.

During the Cold War, British and U.S. nuclear powered attack submarines used to visit Olavsvern naval base in Ramfjord near Tromsø. Patrolling in Arctic waters, allied submarines once or twice a year visited the base either for smaller repairs, crew change and supply.

With tunnels into the mountain where subs could sail straight in and hide, Olavsvern was NATO’s most sophisticated naval base supporting submarine missions in northern waters. In 2009, the Norwegian Parliament decided to close down the base and in 2013 it was sold to a group of private investors.

In addition to Olavsvern, allied nuclear submarines have made port calls to Evenes near Harstad, last time in June 1996 when the Sturgeon-class “USS Sand Lance” participated in the drill Sorbet Royal 96. A month later, on July 12th 1996, the submarine surfaced through the ice at the North Pole.

No nuclear weapons onboard

It is not said which U.S. submarine will visit Tromsø. The U.S. Navy has three classes of operational nuclear powered attack submarines, the Los Angeles class, the Virginia class and the Seawolf class.

Norway has a non-nuclear weapon policy for all visiting allied naval vessels or aircrafts. It is therefor highly unlikely that any of the ballistic missile submarines of the Ohio class ever will make port call to a Norwegian harbour.

In 1991-1992 the United States and Russia agreed to remove all tactical nuclear weapons from their surface ships and attack submarines.