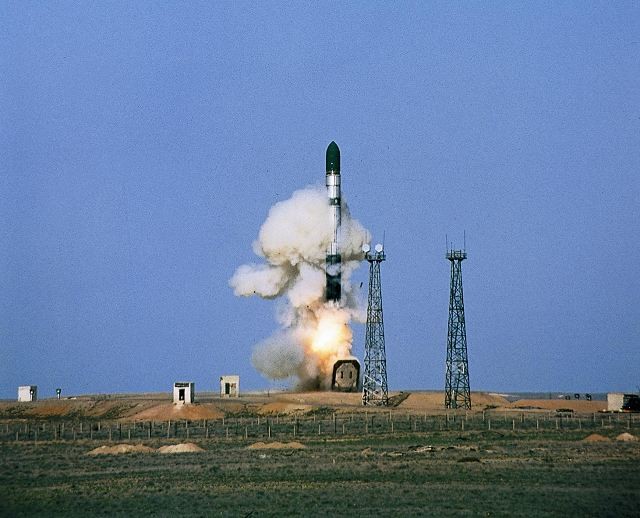 Test launch of Russia’s newest intercontinental missile Sarmat from Plesetsk Cosmodrome has been postponed until autumn.
By

Launch of the prototype of Sarmat, the world’s biggest super-heavy thermonuclear-armed intercontinental ballistic missile, will take place in the second half of 2016, a source in the military complex says to TASS.

The missile is intended to replace the previous R-36M missile, which has the NATO reporting name SS-18 Satan.

Sarmat’s size will allow it to be packed with 10 heavy nuclear warheads, as well as equipment designed to confuse missile-defense systems deployed by nations such as the United States.

Launch of the missile will take place from Plesetsk Cosmodrome in Arkhangelsk Oblast. According to TAS, the launch was first postponed in March because the launching silo was not ready. This time the reason for the delay is the missile itself.

The Sarmat missile will be deployed in missile divisions in Orenburg and Krasnoyarsk, Commander of the Strategic Missile Forces Sergey Karakayev told TASS. Development of the missile has been fast-tracked in order to move planned deployment from 2020 to 2018.

Sarmat will also be able to fly non-traditional flight paths over the South Pole. Typically, Russian missiles targeting the U.S. – such as the Soviet SS-18 Satan – take a shorter and more direct route over the North Pole.