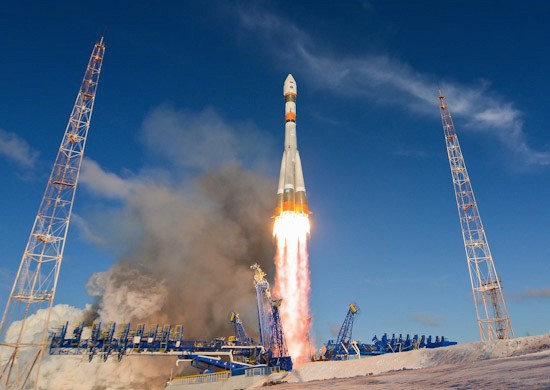 The government in the Komi Republic warns local villages about possible debris from a forthcoming rocket launch.
By

As Russian space forces prepare the launch of a Soyuz-2 rocket from the Plesetsk Cosmodrome, regional Komi authorities inform three local municipalities about the possible fall down from the sky of rocket trash.

The date of the launch is set to 29th May, the Komi government website informs.

The municipalities of Udorsky, Knyazhpogostsky and Kortkerossky are all located in the fly zone of the rocket and debris from the sky is considered likely.

Regional Minister of Environment Roman Polshvedkin confirms that the area is declared «temporary dangerous» and that the village authorities have been well informed.

The warning procedures are conducted in line with an agreement between the Komi government and the federal Ministry of Defense from 2004.

Rocket scrap metal falling from the sky is not a new phenomenon in the Komi Republic, nor i neighboring Arkhangelsk Oblast. Also when the last Soyuz-2 rocket was launched on 7th February this year, local lands were affected, the Komi Government informs.

The Plesetsk Cosmodrome is located 200 km south of Arkhangelsk City. It was originally developed as an ICBM site, but has also served for numerous satellite launches. Today, the Soyuz, Cosmos-3M, Rockot, Tsyklon, and Angara rockets are launched from the cosmodrome