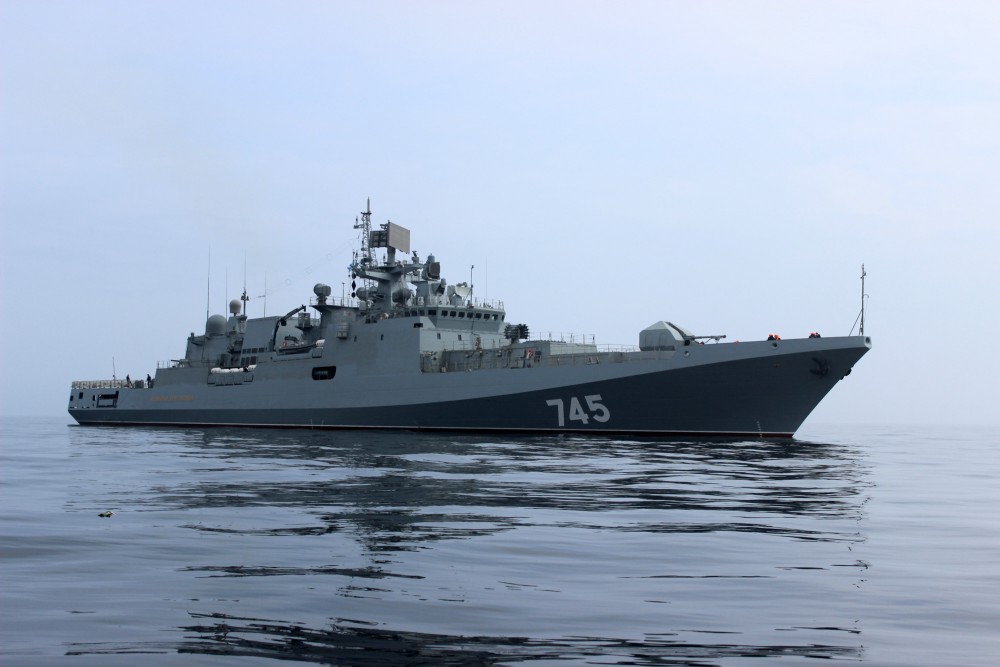 The FSB and its Coast Guard vessels, among them the new "Admiral Grigorievich", gets more power in Russian Arctic waters. Photo: shipyard-yantar.ru

The security service will from now on have the prerogatives for law enforcement along the Russian Arctic shipping passage.
By

The bill, which is aimed at strengthening shipping security along the Northern Sea Route, gives the Federal Security Service (FSB) the full prerogatives for law enforcement in the area, Interfax reports.

With the powers formalized, the FSB will autonomously be able to take action against ships operating along the Russian Arctic coast. From before, the FSB includes the border guard service as well as the Coast Guard.

In September 2013, the security service agents ended up in a brawl with Greenpeace activists holding a peaceful protest at the Prirazlomnaya platform in the Pechora Sea.

Until now, law enforcement in the area have been in the hands of court judges, the federal Fisheries Agency, the Transport Control Agency, as well as the Ministry of Emergency Situations.

The law amendments were signed by President Putin on 24 June following readings in the State Duma and Federation Council earlier this month.

The Northern Sea Route is on top of Russia’s Arctic agenda, but route trans-shipments in 2015 were on their lowest level in years. Only 39,586 tons of cargo was shipped across the route in the course of the year, figures from the Northern Sea Route Information Center show.