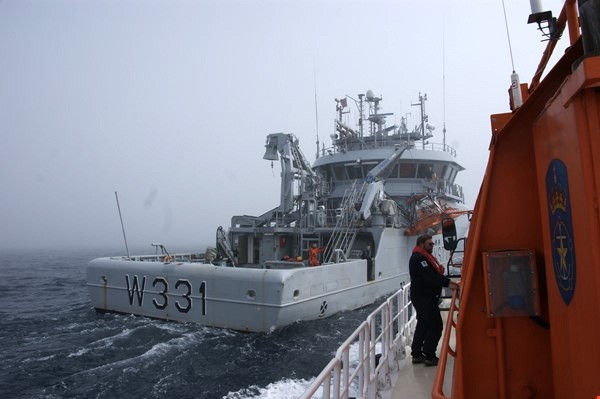 The Barents Rescue 2016 was conducted in the marine borderland between Norway and Russia. Photo: Kystverket.no

About 200 personnel and 16 ships took part in this year’s joint Norwegian-Russian emergency and rescue training.
By

The exercise was well conducted and in line with the Norwegian-Russian agreements, Senior Adviser Alf Kristiansen in the Norwegian Coastal Administration says about the joint training which was conducted on June 1.

«This cooperation is very important for a continued good preparedness in the High North», he adds in a press release.

«We feel that there is a different culture during the training and exercise, however when we explain [to each other] what each side wants to do then it works out fine», Senior Adviser Kristiansen says.

The Exercise Barents was conducted for the 11th time. This year, the Norwegian side hosted the event, which took place in the two countries borderlands. The training scenario included a collision of two oil tankers and subsequent rescue of people and cleanup of spilled oil.

From the Russian side, it was the Marine Rescue Service, a unit under the Ministry of Transport, which was participating.

«The training proceeded successfully. The objectives were reached and the mission completed», a press release from the Service informs.