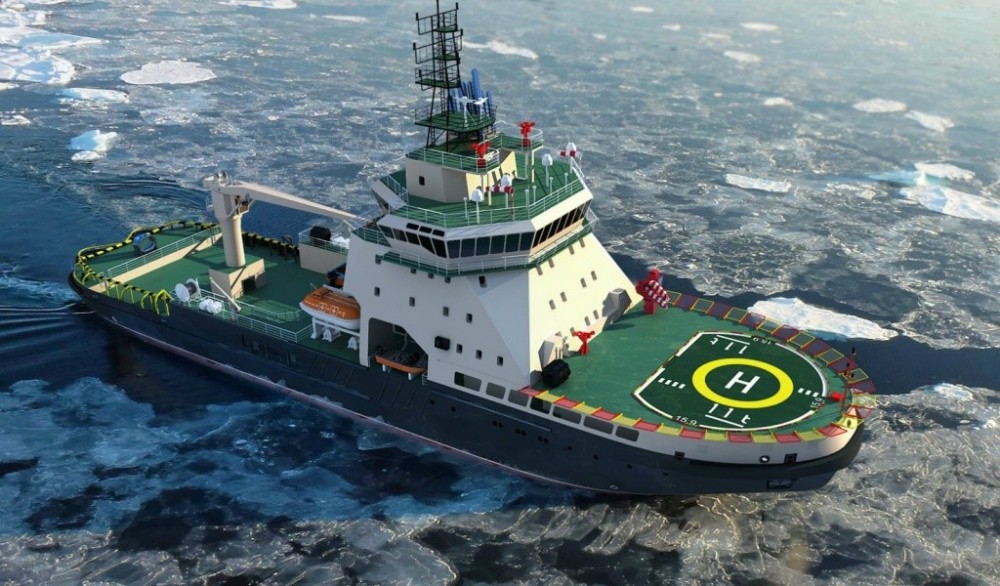 Russia’s first military icebreaker in 45 years will be put on water today. “Ilya Muromets” will ease access to the Northern Fleet’s new bases in the Arctic.
By

The diesel-electric icebreaker “Ilya Muromets” will today be put on water at the Admirality Shipyard in St. Petersburg. The vessel is the first of a planned series of four icebreakers, and is the first naval icebreaker to be build in Russia in 45 years, the Ministry of Defence’s website reads.

The vessel will now start all necessary testing phases, and is planned to be ready to start its service in the Northern Fleet in 2017.

Northern Fleet vessels have sailed to the new bases every summer the last years, and have used nuclear-powered vessels from Atomflot to secure safe passage along the northern coast of Siberia, where ice conditions can be difficult all year round.

Commander-in-Chief of the Russian Navy Admiral Korolyov calls the launch of “Ilya Muromets” a significant event. “Use of the newest Russian technologies in the construction of ice-class ships for the Navy allows one to make the conclusion that domestic military shipbuilding has been able to preserve and develop its potential in this field.”