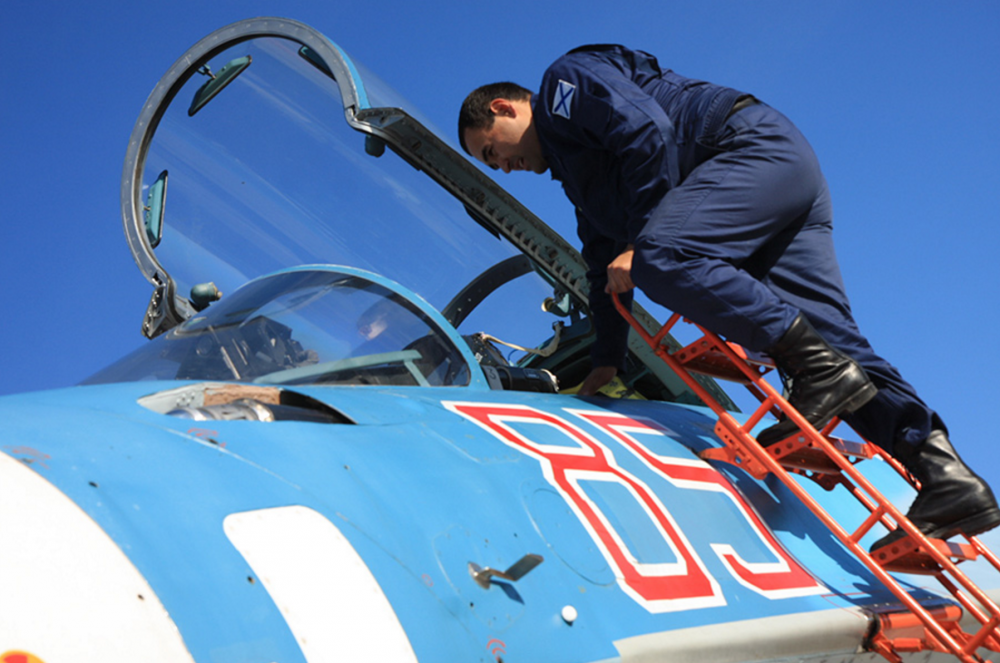 Ten Su-25 and Su-33 fighter jets from Air Wing Admiral Kuznetsov are on their way home to the Kola Peninsula after training on the Black Sea coast.
By

The pilots have spent one and a half month in Novofedrorovka, the training facility for aircraft carrier pilots. In the course of the period, the pilots have conducted more than 150 take-offs and landings, the Northern Fleet informs.

It is the first time that the training facility is used after upgrades connected with regulatory and certificate operations, the Navy press service says.

The Crimean training center was for years the only of its kind for the Northern Fleet pilots. However, following a dispute with Ukrainian authorities, the Russian Armed Forces in 2013 abandoned the center and instead started construction of a similar facility in Yeysk in the Krasnodar territory.

The new Yevsk facility was reported to be ready for operation in March this year.

Russia has one aircraft carrier, the «Admiral Kuznetsov», which is based in Northern Fleet headquarters Severomorsk