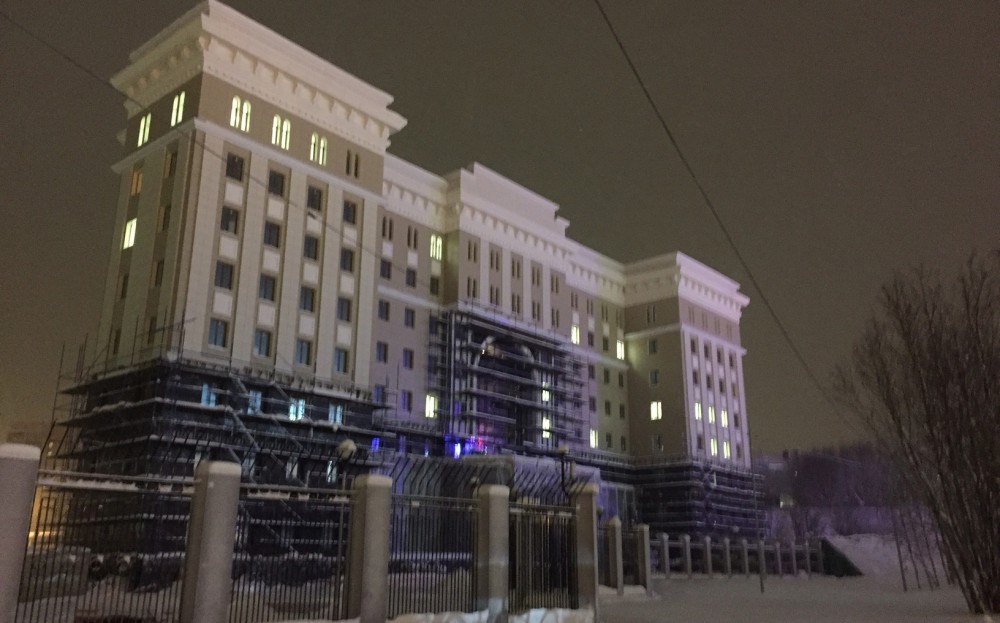 The 15,084 square meters complex was built in three years. Here still under construction in winter this year. Photo: Atle Staalesen

The security service in Russia’s Arctic capital moves into its new massive headquarters.
By

The building has been under construction since August 2013 and will house the powerful and quickly growing state service. It was officially opened by FSB leader Aleksandr Bortnikov together with regional leader Oleg Gerasin on July 1st.

«This day enters the corporate history of the FSB and becomes a significant milestone in the architectural development of Murmansk City», Garasin said in the opening ceremony.

The building has eight floors and oversees all the other buildings in the area. It is located on the Lenin Boulevard in downtown Murmansk. It is built in architecture typical to the Stalin era.

The new FSB headquarters has a total of 15,084 square meters.

In an address, regional Governor Marina Kovtun says that «state security in the North takes on a vital importance not only for the country as such, but also for each and every of us. The new headquarter building is modern and packed with advanced equipment, it is a powerful instrument for your [the FSB’s] everyday work for the wellbeing of the country and society.», a press release from the regional government reads.