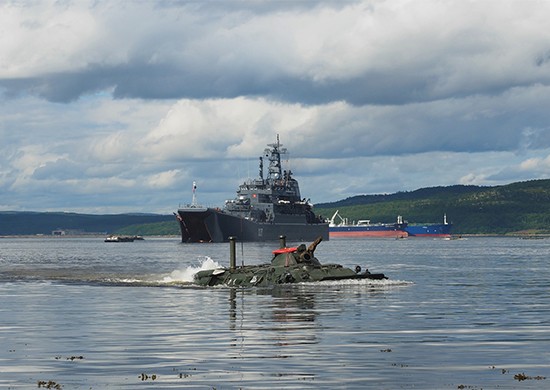 This happened simultaneously as two oil tankers were re-loading Arctic oil just behind in the Kola Bay.

Joint Strategic Command North (JSC North), including the Northern Fleet’s Marines, will continue until the Day of the Russian Navy by the end of July, the Ministry of Defence reports.

The landings took place from the large assault vessel “Kondopoga” – the same vessel that participated when the Northern fleet last autumn performed its first amphibious operation on the Kotelny Island, a part of the New Siberian Islands in the Russian Arctic.