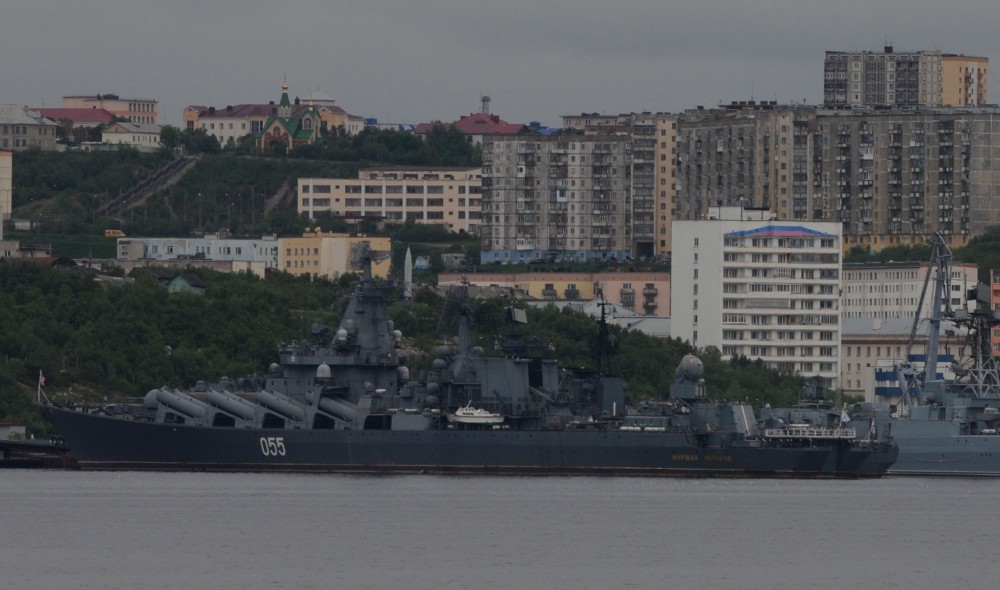 Severomorsk is the Russian Northern Fleet's main base on the coast of the Barents Sea. Photo: Thomas Nilsen

Civilians asked to stay calm for the next three days. Despite “specific smell” – the smoke is harmless to people, Defence officials assure.
By

During a three days exercise from August 10 to 12, Russia’s Northern Fleet will try to hide its main base Severomorsk under smoke, Interfax reports quoting sources in the Defence Ministry.

Severomorsk is not a small town, the city has 50,000 inhabitants and covers several square kilometres. Located by the Kola bay some 20 kilometres north of Murmansk, Severomorsk is the third largest city on the Kola Peninsula.

“Residents are asked to remain calm: the smoke mixture is not dangerous to humans, though, it has a particular smell,” the statement from the Defence Ministry reads.

Windows should be closed and drivers should be more vigilant due to bad visibility on the roads.

The Northern Fleet aims at making Severomorsk invisible to potential enemies. Using fake smog in military exercises is nothing new, but the attempt over the coming days is said to be the largest such exercise ever held.

Simultaneously, the Northern Fleet holds an antisubmarine exercise in the Barents Sea, TASS reports on Wednesday.

On Friday, the Russian Navy will mark that it is 16 years since the ill-fated “Kursk” submarine sank in the Barents Sea.