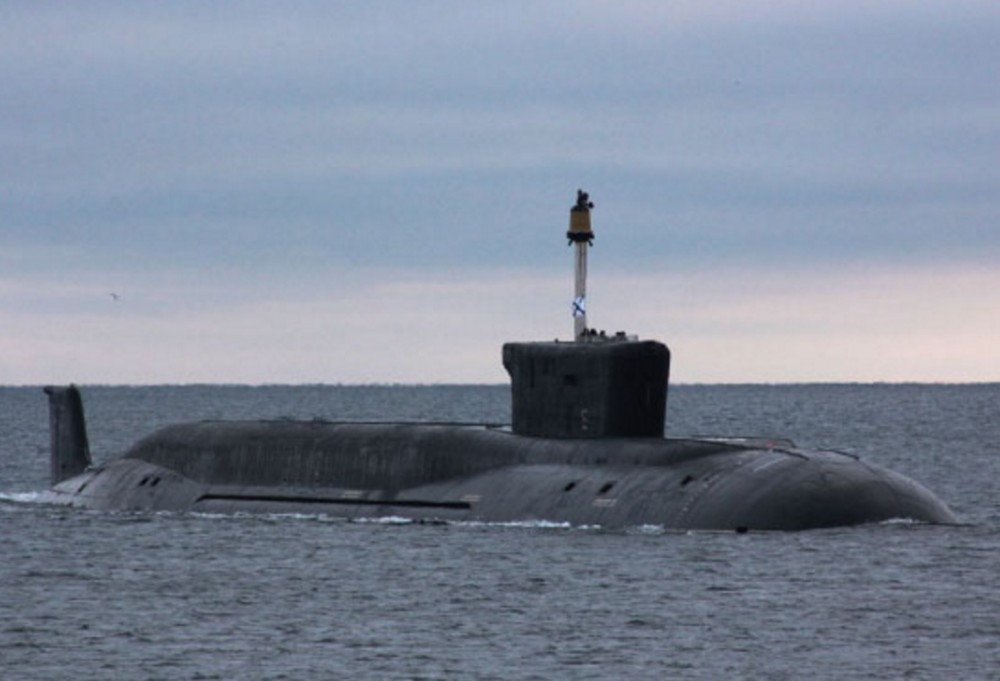 The «Vladimir Monomakh», Russia’s newest strategic sub, leaves the Northern Fleet and heads towards its permanent base on Pacific coast.
By

The vessel on Monday left the Kola Peninsula and set course towards the east, Interfax reports with reference to Navy sources. The K-551 «Vladimir Monomakh» will follow the Northern Sea Route and is expected in Vilyuchinsk, the Pacific Fleet base, in Mid-September.

The ship was formally included in the Russian Fleet in December 2014 and has since conducted two test launches of Bulava missiles. It is the third, and newest, vessel of the strategic Borey-class (project 955).

About one year ago, also the «Aleksandr Nevsky», a second Borey, made the same voyage to the Pacific Fleet. The «Yuri Dolgoruky», the country’s first vessel of the class, will remain in the Northern Fleet.

Like the rest of Russia’s new nuclear subs, the «Vladimir Monomakh» is built at Sevmash, the shipyard in Severodvinsk. A total of four more Borey-class subs are under construction at the yard. In December, the keel was laid down of the ”Imperator Aleksandr III”, the country’s 7th Borey.

The Borey vessels are 170 meters long and can carry up to 16 ballistic missiles with multiple warheads.

In November 2015, the «Vladimir Monomakh» was the first sub ever to launch two Bulava missiles at the time (see video from the Russian Navy below)