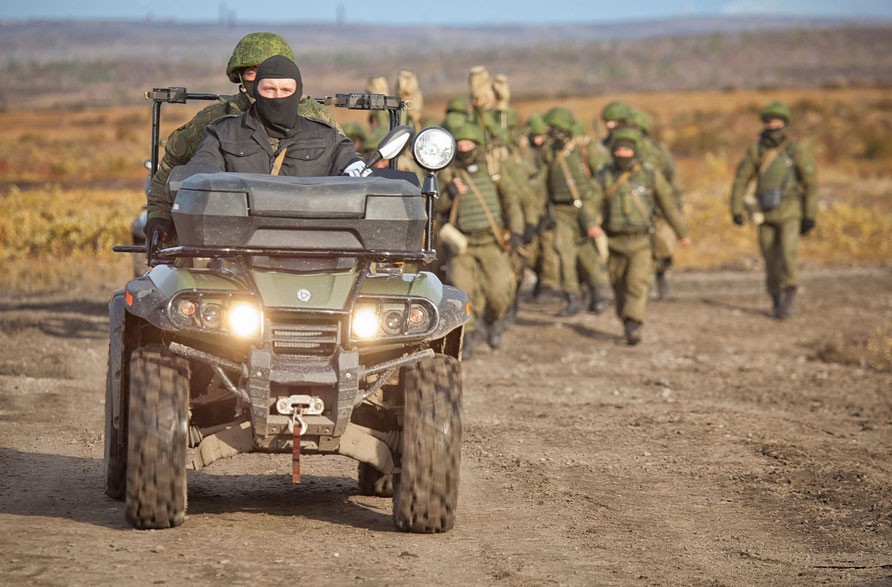 It will be based in Chukotka and train to withstand an attack from Alaska.
By

Minister of Defense Sergey Shoigu confirms that the new military structure is under development and that it is planned launched in 2018, TASS reports. It will include several motorized infantry battalions and take active use of quadricycles.

The mission is to patrol the coastline and prevent the landing of enemy infiltrators, TASS writes. In case of a major attack by foreign marines, the new Arctic units will be sent to the site and engage in fighting.

The Ministry of Defense has already decided to establish the division. However, its is not yet clear how many units will be needed and the vehicle-type to be applied, Izvestia reports.

Several kinds of quadricycles are under consideration, the newspaper informs. Among the alternatives is the hardware applied by the Arctic Brigade in Alakurtti, near the border to Finland and the Norway.

The Alakurtti brigade has at least 30 pieces of the snow-going transporter «Vityaz» (DT—10MP), a 27 ton heavy and 800 horsepower strong caterpillar which can operate on land as well as in shallow waters.

In the 1980s, a motorized infantry division was based in Anadyr in Chukotka. It was dissolved and abandoned in the beginning of the 2000s. Today, the far eastern peninsula has several air force units equipped with the Orlan-10 drone, Izvestia reports.