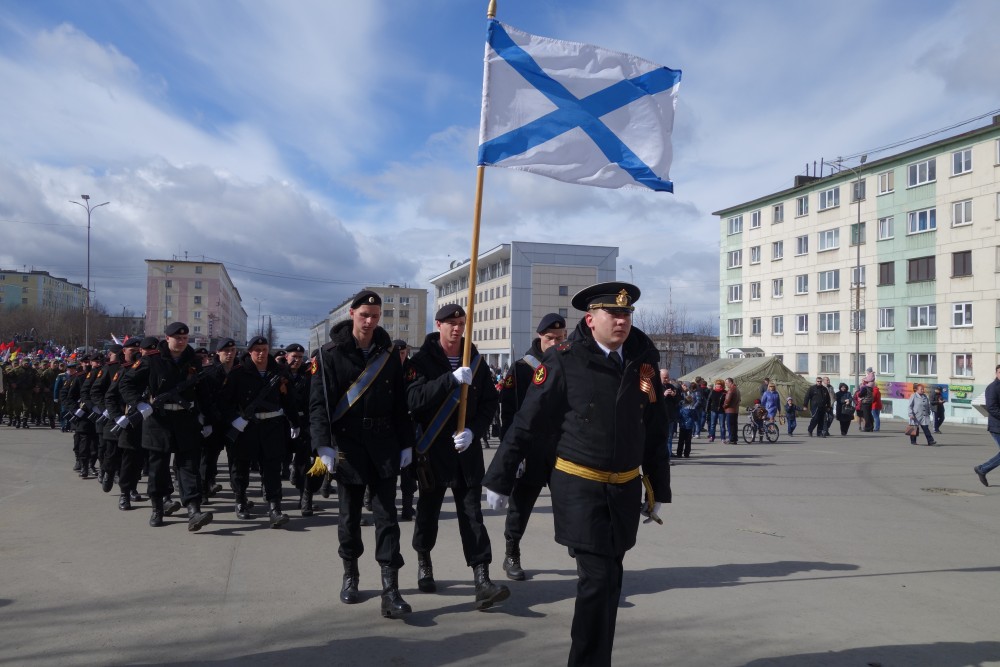 Combat preparedness of these guys is on the test this week. Photo: Atle Staalesen

The Northern Fleet is put at highest alert as Russia announces another snap rehearsal.
By

«In line with an order from the Commander-in-Chief of the Russian Armed Forces, an unannounced control of combat readiness has been started», Minister of Defense Sergey Shoygu told his top leaders this morning.

The rehearsal includes the Southern, Western and Central Military Districts, as well as the Northern Fleet, the Air Force and the Space Force. The involved forces are brought in full alert from 7 am Thursday morning, the Armed Forces inform.

The unannounced drill comes only about two months after the last rehearsal of the kind.

Minister Shoygu says he will start inspection of the involved units in the course of the first 24 hours. Soldiers and equipment are now being taken to shooting-ranges and training grounds for action

According to the Ministry of Defence, the drills will include a «full cycle of measures» aimed at testing the Armed Forces’ ability to protect the country and its interest «in a situation of enhanced security threats».

Deputy Minister of Defense Anatoly Antonov has been commissioned with informing foreign military attaches about the drill, a press release informs.

«In an act of goodwill we have through official channels informed OSCE member states, as well as China and Iran about the unannounced drills», Antonov says.

The drills will continue until 31 August.