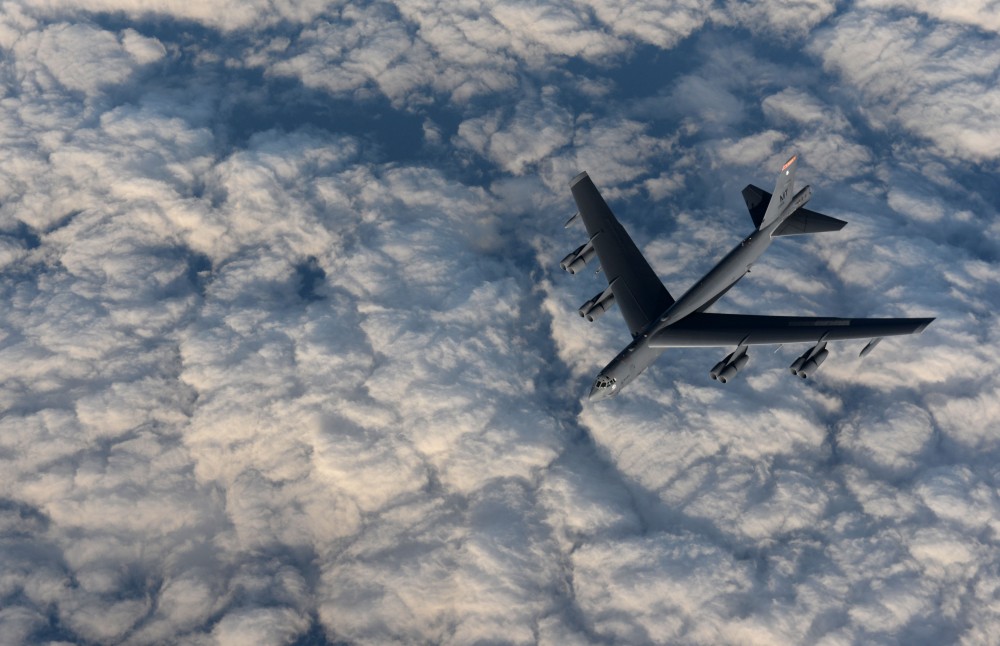 This photo of the US Air Force's B-52 strategic bomber was taken Monday during the exercise. Photo: Staff Sgt. Katherine Thornton / U.S. Air Force

Five strategic bombers, including this B-52, had a large-scale exercise across the Arctic and Nordic airspace last night.
By

“This flight was not within Norwegian airspace,” says Major Elisabeth Eikeland, press spokesperson with the Joint Head Quarters when asked by the Barents Observer about the B-52 with call signal “Mytee 51” Monday morning.

The giant B-52 could then be tracked en route from Minot Air Base in North Dakota, across Canada and Greenland towards the North Pole before it turned and continued south not far from the Norwegian Arctic archipelago of Svalbard.

US. Air Force later on Monday released more information about the flight.

The B-52 was part of “Operation Polar Roar” an US Strategic Command operation exercise designed to strengthen bomber crews’ interoperability and demonstrate ability for the bombers to provide flexible and vigilant long-range global-strike capability.

Three B-52s and two B-2s took part in the exercise. In addition to flying around the North Pole, the strategic bombers where flying both the North Sea and over the Baltic Sea. Others where flying the Pacific side of the Arctic, US Air Force reports.

NATO’s Allied Air Command at Ramstein Air Base in Germany says several European nations participated in the exercise, including Danish F-16s and JAS-39 Gripens from the Swedish Air Force.

This is one of the larger exercises where US strategic bombers, built to carry nuclear weapons, moves across the Arctic towards the Nordic countries.

“Allied and Parnter jets scrambled to train intercept procedures at designated points in the exercise, and the NATO Airborne Early Warning & Control Force ensured command and control during operations,” the NATO information reads.