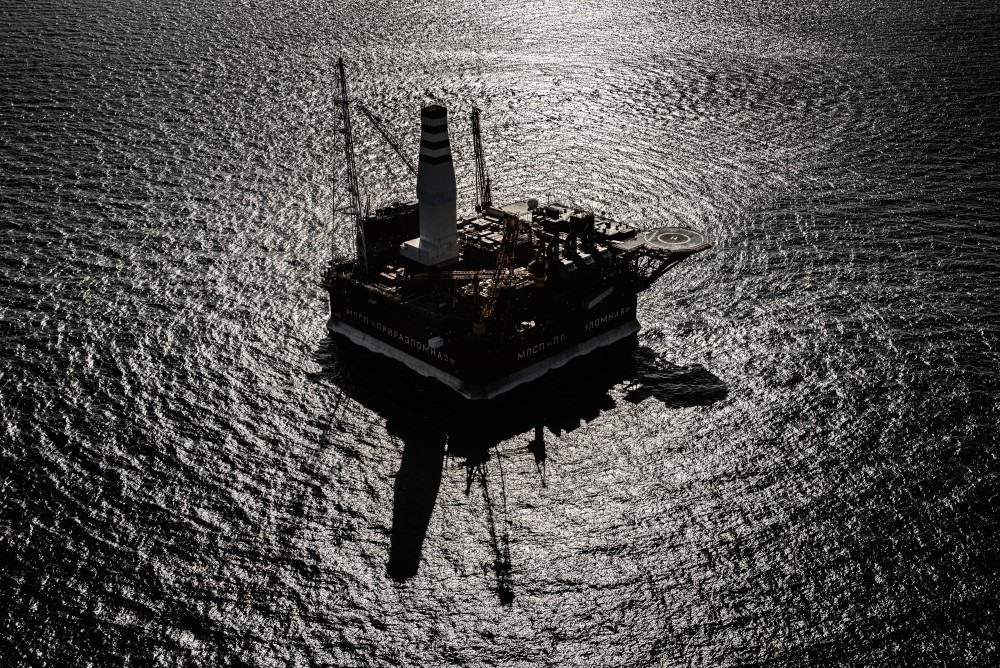 Northern Fleet vessels took part in a counter-terrorism drill at Prirazlomnaya, the Russian platform in the Pechora Sea.
By

A range of anti-terrorism action was conducted by the involved vessels, the Navy informs. Among them were various preventive measures against potential threats. Involved were special anti-terrorist units, as well as the crews of the destroyer «Vice Admiral Kulakov» and its Ka-27 helicopters, a press release reads.

The ships early this week proceeded through the Kara Gate and into the Kara Sea. They will visit several Arctic Navy bases, among them Kotelny in the New Siberian Islands.

The Prirazlomnaya is located in the Pechora Sea and is Russia’s only offshore Arctic oil platformIt is operated by Gazprom Neft.

The platform in 2013 got the world’s attention as activists from Greenpeace boarded the installation in a protest against Arctic oil. The environmentalists were arrested and the Russian Coast Guard fired warning shots across Greenpeace’s ship “Arctic Sunrise”.

The Russian Foreign Ministry called the activists’ actions “provocative” and accused the Arctic Sunrise of “threatening the safety of the ships involved in the development of the Russian sector of the Arctic shelf.”

The 30 crew members were arrested and released only two months later. They were later called “the Arctic-30”.