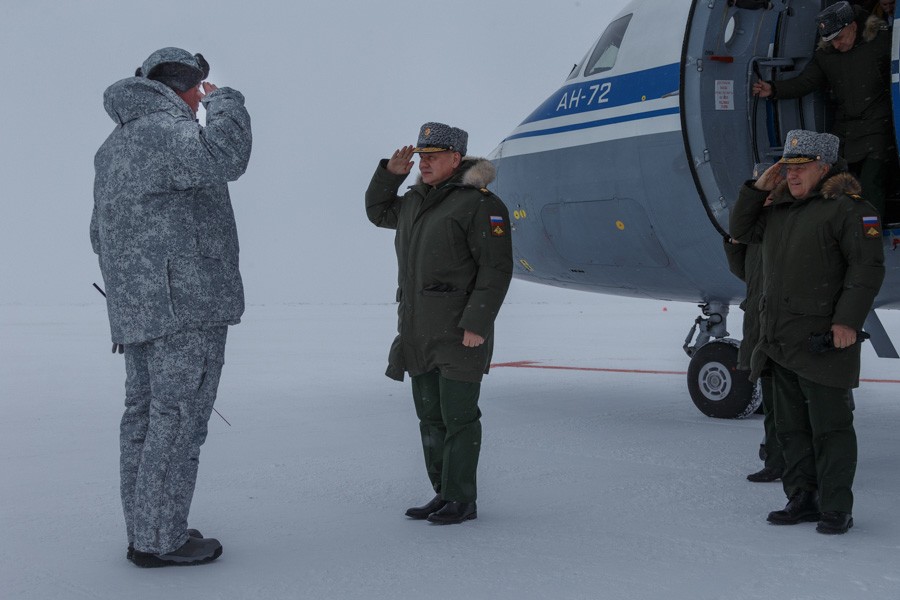 The Nagurskoye base will be operational all-year-round and able to handle almost all kind of aircrafts.
Read in Russian | Читать по-русски
By

«Except strategic bombers, the base will be able to take on practically any kind of aircraft», deputy head of construction company Spetsstroy, Boris Kutushev, says to Interfax. He confirms that the base will be officially opened in «the last part of 2017».
«More than 700 men are now working with the airfield», Kutushev told the news agency.
The Nagurskoye base is located on the island of Alexandra , near the major new «Arctic Trefoil» military complex. The huge building, painted like the tricolor flag, will provide living and working conditions for 150 servicemen. It is located at 80 degrees north and is the largest human-made structure this far north.
Representatives of the Russian Northern Fleet have early said that the new Nagurskoye base will be equipped with a 2,500 meter long landing strip and a fleet of MiG-31 or Su-34.
The base on Franz Josef Land is one of several currently under construction in the Russian Arctic.
New bases are also under development in Rogachevo in Novaya Zemlya, the Sredny Island in Severnaya Zemlya, Kotelny in the New Siberian Island, the Wrangel Island and in Cape Schmidt.
The infrastructure objects will all be ready in 2017, the Defence Ministry says.