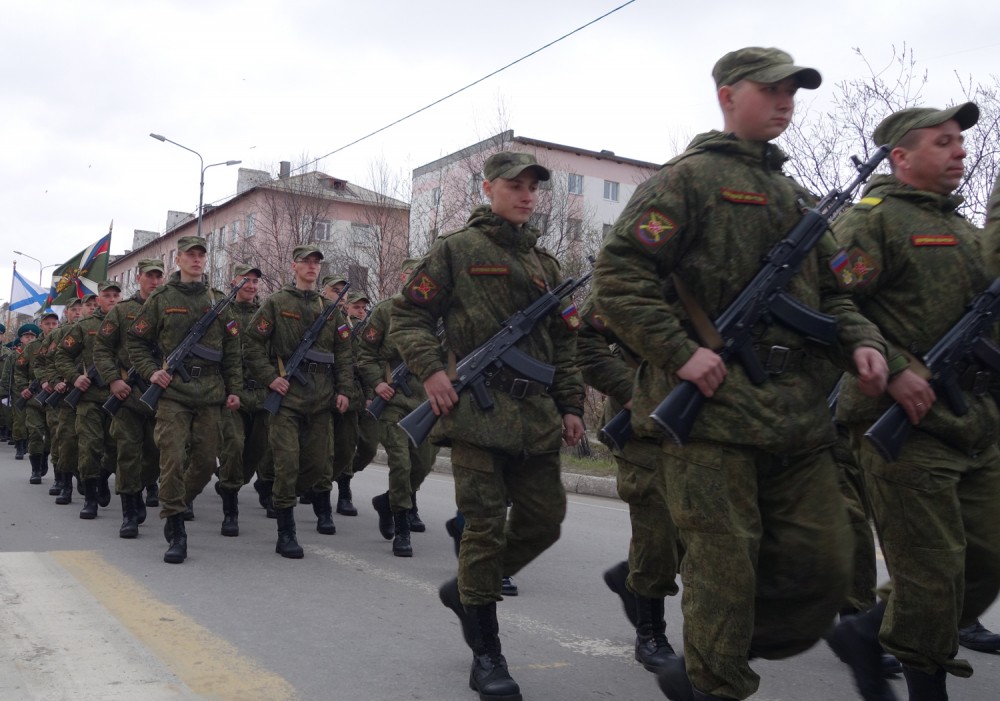 Solders on the march in Pechenga, the border muncipiality to Norway. Photo: Atle Staalesen

More than 5,000 soldiers and 500 vehicles from the Northern Fleet’s land forces take part in a major exercise in Pechenga.
Read in Russian | Читать по-русски
By

The powerful military units based in Pechenga rayon, the municipality located along the border to Norway and Finland, are on full alert as one of the biggest exercises in years started on Wednesday.

More than 5,000 soldiers and 500 armored tanks and vehicles are now on their way to the training fields.  The exercise is held jointly by the Northern Fleet’s land forces and its coastal units, the Northern Fleet informs.

The drills will provide special attention to the soldiers’ practical skills in quick movement of force and camouflage, as well as engineering tasks in border areas and entrenchment in difficult terrain, the Navy says.

During the exercise, the troops will protect themselves against an attack from a simulated enemy reconnaissance-sabotage group and conduct anti-aircraft defense.

They will also conduct training on counter-measures in a situation of a nuclear attack.

It is not clear whether also the units from Alakurtti, the 80th Independent Motor Rifle Brigade, are taking part of the drills. The Alakurtti forces are a core part of Russia’s new Arctic Brigade. The brigade has an estimated 3,000 men.