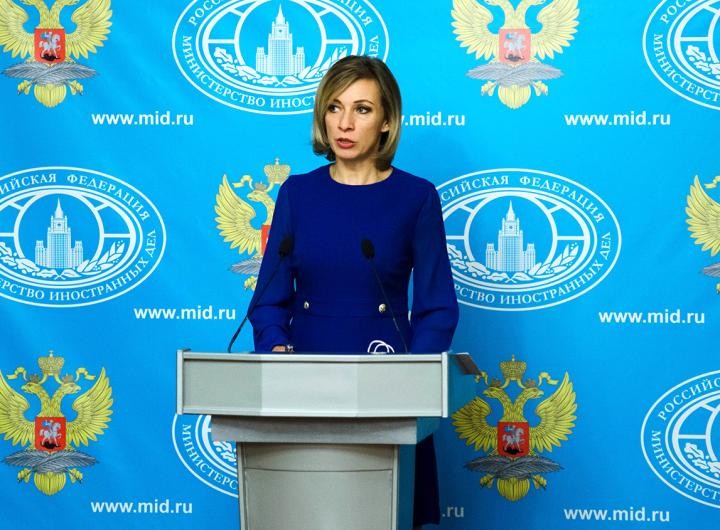 A Russian response to the displacement of U.S. Marines in Norway.
Read in Russian | Читать по-русски
By

In an interview with Norwegian broadcaster NRK, Zakharova underlines that «Norwegian-Russian relations are now being put to the test».
The statement come after Norway this week announced that 330 U.S soldiers will be permanently based in Værnes, near the city of Trondheim. It is a test arrangement, which will take effect from January 2017, the Norwegian Ministry of Defence informs.
«This will clearly not improve our relationship», spokeswoman Zakharova underlines.
She says that it is not up to the Russian MFA to come up with a rection to the military development. However, she is confident that Russian authorities will «give an appropriate response».
«In stead of strengthening our economic cooperation, you strengthen the presence of U.S. soldiers on Norwegian territory», Zakharova says to NRK.  «What are the biggest benefits for Norway - to trade with Russia or to serve American soldiers?»
Norway’s Minister of Defense Ine Eriksen Søreide argues that the displacement of the U.S soldiers comes irrespectively of the security situation in the region.
«Allied exercise and training has for a long time been a central part of Norwegian national security policy», she says in a article published in Norwegian newspapers. «Norway would have welcomed a more systematic training cooperation with the USA irrespectively of national security situation».
Søreide admits, however, that the displacement of the soldiers comes after an American initiative.
According to the deal, the US Marines will be displaced in Værnes, but engage in training also also other parts of the country.
«In a crisis situation, Norway will be dependent of allied reinforcements, and our allies must therefore come to us to get knowledge about how to operate here and and with us», the minister says in the article.
«It is all in line with the long lines in Norwegian defense policy and is reflected in the Government’s proposed long-term plan for the defense sector».