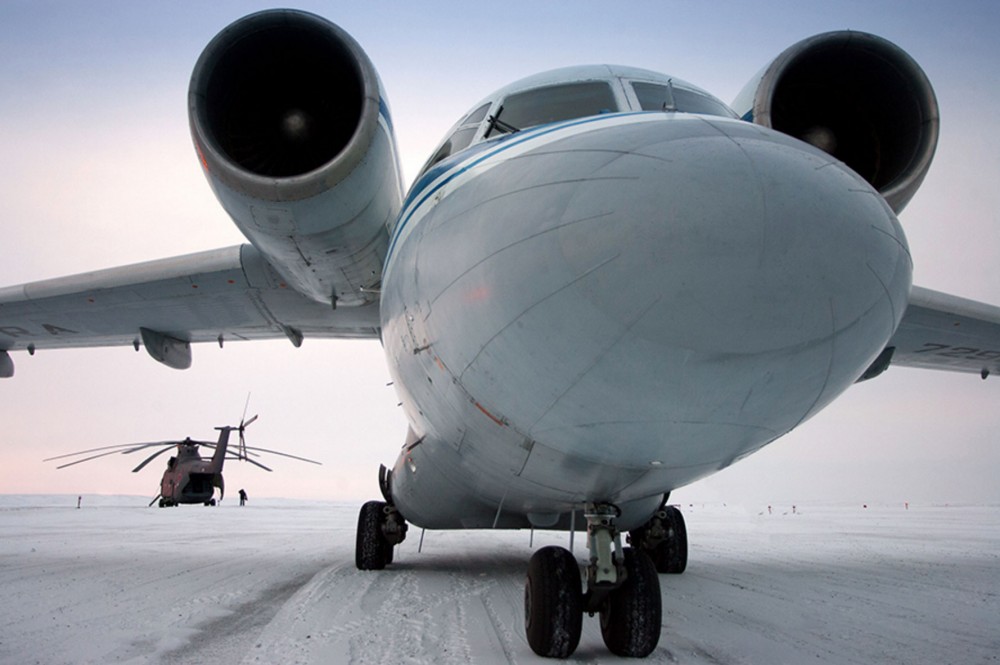 Priority is now given to airfields in the Arctic region, Deputy Head Commander of the Russian Aerospace Force Pavel Kurachenko said in a recent media interview. Until the end of year 2021, there will be construction works at the airfields of Vorkuta, Tiksi, Anadyr and Alykel, the high-ranking military representative highlights.

And those are not the only ones. In addition, construction works are proceeding at the Nagurskoye airfield in Franz Josef Land, the Temp at the New Siberian Islands, Rogachevo in Novaya Zemlya and Naryan-Mar.

The upgrade of Severomorsk-1, the Northern Fleet’s main airbase, is significant to the extent that it soon can be considered a completely new airfield, Spetsstroy informs. The facility is getting a new runway, new taxi strips, aircraft parking areas, light and signalization equipment, as well as new command and control center. When finished, the airport will be capable of handling a wide range of aircrafts, including the long-haul and wide-body Il-96.

«For the first time in modern Russian history, this kind of extensive operations in the high Arctic is conducted», Deputy Minister of Defence Timur Ivanov said during a visit to Tiksi in summer 2016.

«A lot has been done, and the operations are made in the difficult climatic conditions of the Arctic with complicated logistical schemes for deliveries of construction materials», he underlined, a press release from Spetsstroy reads.

«Time schedules must be met and some places also speeded up — this is an important issue which concerns the defense and security of the nation».

Until now, the Spetsstroy has been commissioned with the lion’s share of Russia’s military base development in the Arctic. Those responsibilities will now be handed over directly to the Ministry of Defence. By 1 July 2017, the state company is to be abolished, a decree from President Putin signed on 29th December says.

Among the biggest operations of the company has been the bases at Kotelny in New Siberian Islands and Alexandra island in Franz Josef Land. The former was in late December declared ready for operations, while the latter reportedly is 98 percent finished.

In addition come the bases on Wrangel Island and Cape Shmidt, where 68 buildings are to be built in the course of 2017. The development of the Wrangel and Cape Shmidt bases are considered the most complicated, as these places do not have an airfield.