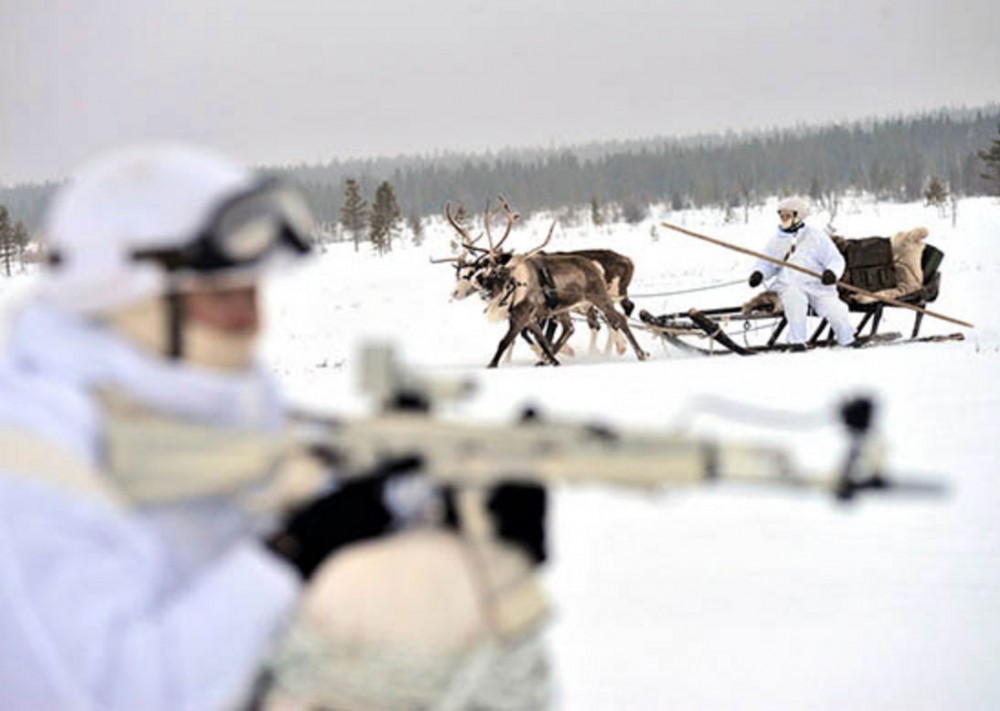 In a show-off of skills, Russian Arctic brigadiers move over the snow in sleds pulled by reindeer and dogs while gun fire sends echoes over the training ground.

It is local herders in Lovozero, the Sámi area in the Kola Peninsula, which have been training the soldiers in using reindeer, the Northern Fleet informs. In a recent exercise in the area, the military men also showed skills in using dogs sleds and snow mobiles.

During the 2WW, Soviet forces had more than 10,000 reindeer at their disposal. The animals were used extensively in evacuating injured, transporting military equipment and bringing manpower behind enemy lines, the military press service says.

Since its establishment, the Arctic Brigade has filled up with several kinds of new winter vehicles, among them snowmobiles and amphibious carriers.

The Brigade now has at its disposal the powerful «Vityaz» (DT—10MP) track carrier, a 27 ton heavy and 800 horsepower strong caterpillar which can operate on land as well as in shallow waters.

The Brigade has also got a series of the lighter «Ruslan» (TTM-4902PS-10) vehicles, the 300 horsepower carrier which is capable of transporting up to 22 people and provide overnight bed space for five.

Also regular snowmobiles have been on the acquisition list of the Arctic Brigade. Last year, about 30 snowmobiles of the model A1 were obtained and several more arrived to the northern bases in 2016.