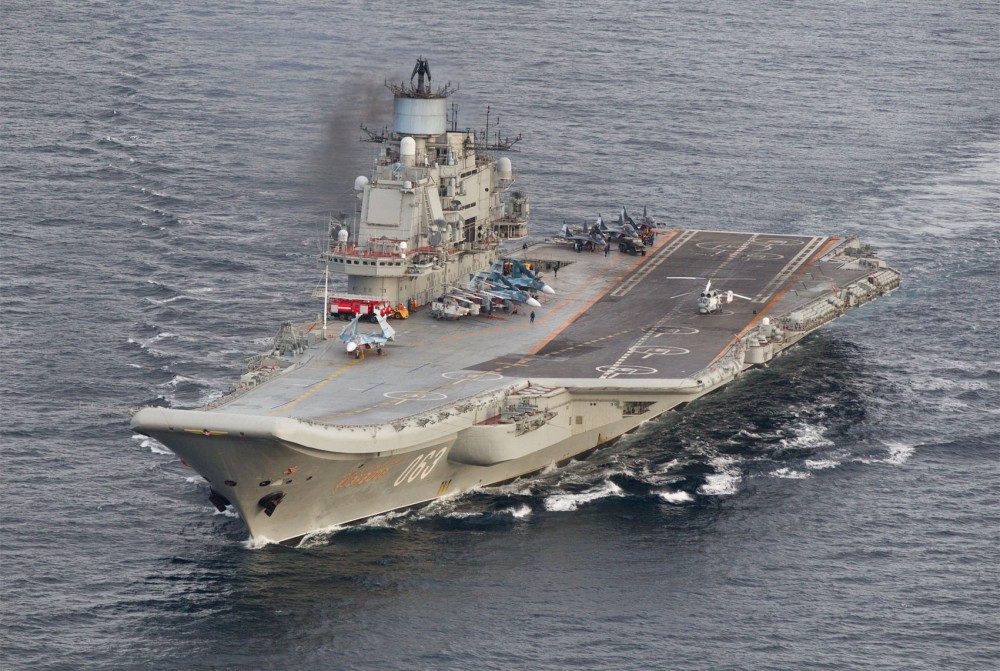 This photo of "Admiral Kuznetsov" was taken in October 2016 when sailing south outside the coast of northern Norway. Photo: Norwegian Defense

Neither the Russia aircraft carrier, nor the battle cruiser have their Automatic Identification System (AIS) turned on. It is, however, possible to track the Russian warships online via MarineTraffic.com following the tug «Nikolay Chiker” who sails together in support.

Sailing close by are also two NATO frigates, the Norwegian F311 «KNM Roald Amundsen» and the British F83 «HMS St. Albans» - both NATO vessels have their AIS turned on.

With the current speed the powerful navy group will sail off the coast of Northern Norway over the next few days and into the Barents Sea on Thursday.

RIA Novosti reports the vessel group to make port-call to Severomorsk, the Russian Northern fleet’s main base, by February 8th or 9th. All aircrafts and helicopters on board the «Admiral Kuznetsov» are expected to take-off for the airfield Severomorsk-3 on February 8th.

Two of the jet-fighters originally on board are not returning. One MiG-29 and one Su-33 crashed in the Mediterranean during the mission.

When sailing through the English Cannel before the weekend, British Defense Secretary Michael Fallon described the Russian aircraft carrier as «…a ship of shame whose mission has only extended the suffering of the Syrian people. »

Moscow quickly responded to the statement.

«The aim of such statements and staging a show by escorting our ships, is to distract the British taxpayers from the real state which the Royal Navy is in, Defense Ministry spokesman Igor Konashenkov said to the Kremlin controlled Sputnik News.