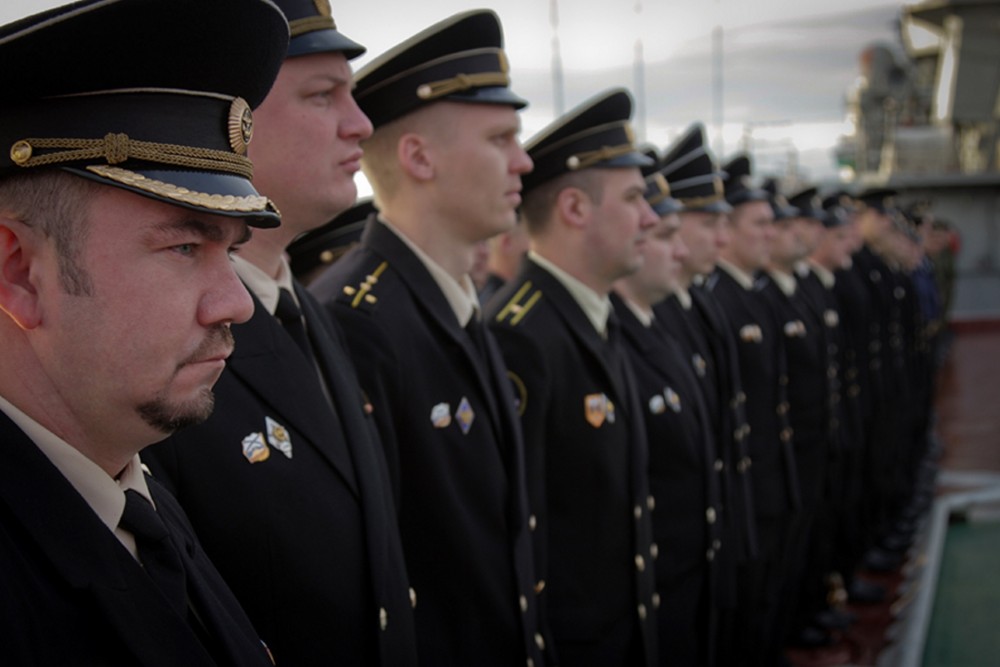 Family and friends of 4,000 sailors will soon again see their beloved ones, as Russia’s flotilla of Northern Fleet vessels are ordered home to the Kola Peninsula.
Read in Russian | Читать по-русски
By

The Russian Ministry of Defense has decided to withdraw  the lion’s share of its heavy Navy force in the eastern Mediterranean. The withdrawal will start on Friday 6th January, General Staff leader Valery Gerasimov told TASS.

According to the Russian Armed Forces, the Navy aircrafts have destroyed more than 1,200 enemy objects in the course of the operation.

For most of the Northern Fleet sailors, the mission outside the coast of Syria has been the first time real-war combat-operation.

Never before in post Cold War times have so many navy soldiers from the Northern fleet been on mission in one group of naval vessels.

The ships left Severomorsk, the Northern Fleet headquarters, in mid-October 2016.

The flotilla has included battle cruiser «Pyotr Veliky» and aircraft-carrier «Admiral Kuznetsov», as well as anti-submarine destroyer «Severomorsk», destroyer «Vice-Admiral Kulakov», a tug, a surveillance vessel and a tanker. It is also likely that at least one of the Northern fleet’s attack-submarines has been in the area.

The «Admiral Kuznetsov» is crewed by 1,960 servicemen. «Pyotr Veliky» has a crew of 727 persons, «Severomorsk» and «Vice-Admiral Kulakov» are both crewed with 300 navy soldiers. In addition are several hundred servicemen onboard the four other support vessels. A typical Alula-class submarine has a crew of 70 persons.

In total, more than 4,000 navy soldiers and crew members have been part of the mission.