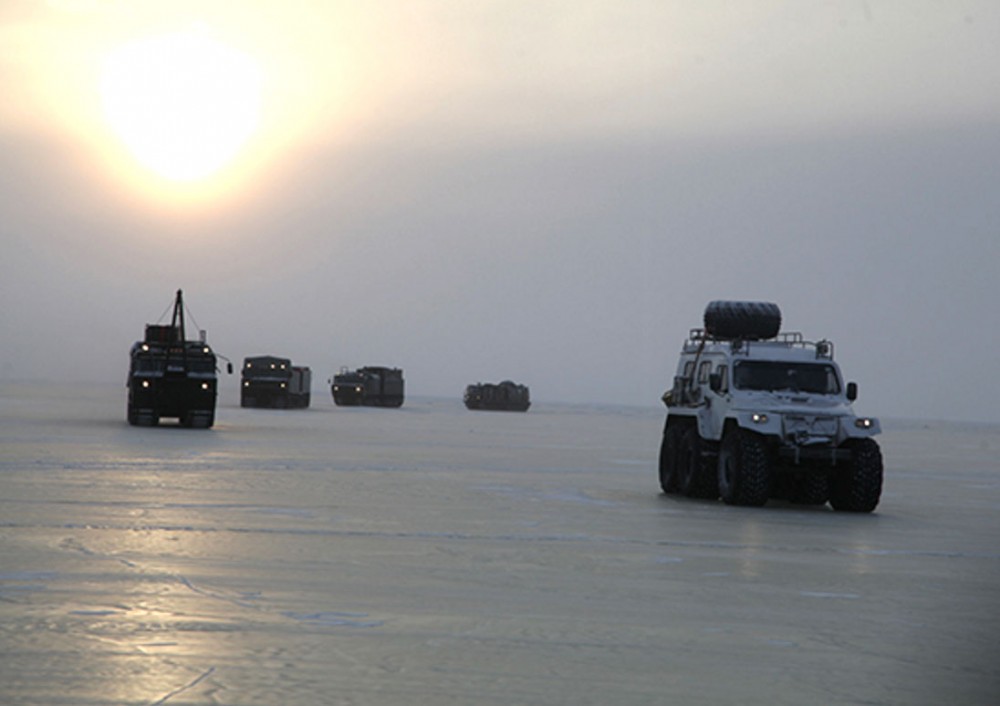 Over the Laptev Sea. Photo: Mil.ru

Deputy Defence Minister Dmitry Bulgakov confirms that several new military vehicles are ready to embark on the harsh journey from the remote Arctic town of Tiksi to the island of Kotelny, a distance of about 1,000 km.

They will drive over the ice-covered Laptev Sea, and later return the same way. The destination of the expedition is the base of Kotelny, the new major piece of military infrastructure currently under development on the New Siberian Islands.

A similar operation has never been done before military representatives say to 1TV. It is the the Arctic Brigade, the Arctic special forces, which will lead the operation.

It is a all part of a test for the country’s new vehicles, the defense ministry press service informs.  Included will be vehicles made for autonomous operations in deep snow, ice ridges and temperatures down to minus 60 and winds of up to 35 meters per second.

Among them are Trecol cross-country vehicles and several kinds of belt-operated carriers including modernized versions of the DT-10 and DT-30 «Vityaz». Involved are representatives of the Army’s armored vehicle command and military manufacturing companies, a press release reads.

The biggest vehicle has a weight of up to 80 tons, military representatives say.

Data from the Russian Arctic and Antarctic Research Center show that the whole area between Tiksi and the New Siberian Islands now is covered by solid fast ice.

The vehicles and equipment has now been flown to Tiksi, the town located by the mouth of the Lena River. The expedition is due to last 30 days, military representatives say.