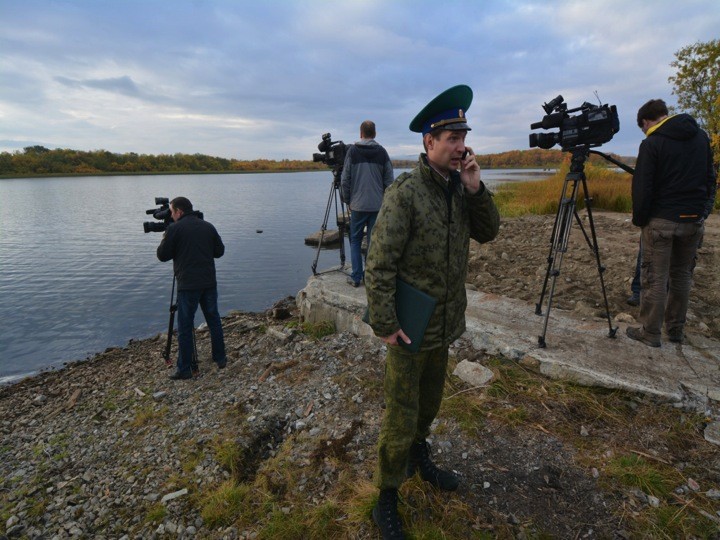 Illustration photo only. The journalists on this image are real cameramen and are not linked to the army or other uniformed units. Photo: Thomas Nilsen

It was during a speech in the State Duma Defense Minister Sergey Shoigu on Wednesday admitted that the military has created a special unit tasked for “information operations.” Information agency RosBusinessConsulting (RBK) reports.

“Propaganda must be smart, competent and effective,” Shoigu said.

First Deputy Chairman of the Defense Committee, Franz Klintsevich, told RBC that the troops for information operation recently are established and information about them are secret.

“There are experts who expose foreign sabotage in electronic, print and TV media,” he says.

In Europe, EU is supporting counter measures aimed at responding to Russian disinformation. In 2015, an operative working group was created to work on strategic communication, including disclosing fake news.

Earlier this week, Russia’s Ministry of Foreign Affairs launched a dedicated website where fake news by foreign media will be disclosed and displayed.

At the site, the Ministry says it will debunk articles containing false information, marking them with a line below reading “This article puts forward information that does not correspond to reality.” By Thursday morning, five articles are listed on the site.