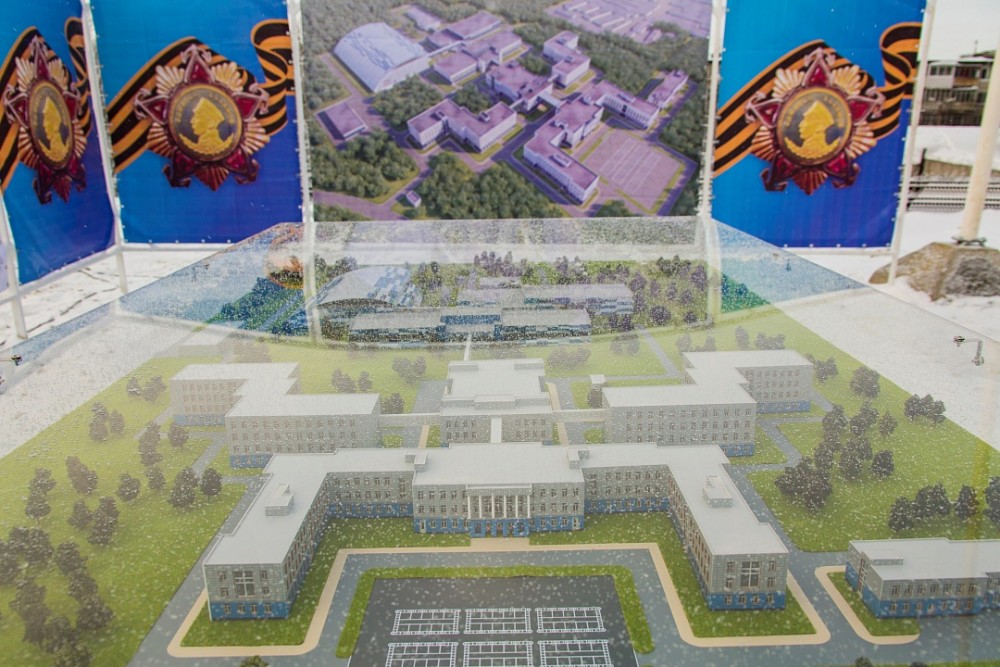 The Nakhimov naval school in Murmansk will have up to 560 students.
Read in Russian | Читать по-русски
By

«Hundreds of boys growing up in our garrison towns are eager to follow in the footsteps of their fathers — they want to protect the Motherland», Murmansk Governor Marina Kovtun said as she on Tuesday unveiled a planchet marking the start of construction.

The ceremony was attended by the top brass of regional dignitaries, among them Northern Fleet Commander Nikolay Yevmenov and Russian Orthodox Metropolitan Simon.

«We are happy that the boys very soon get the opportunity to make a step towards fulfilling their dream», the Governor added, a press release reads.

When fully developed, the new Nakhimov school will house up to 560 students. The first building phase include place for 240 students. Pictures displayed in this week’s ceremony show a complex of more than eight major building, including a sports hall and swimming pool.

Construction is already underway on a 17,7 hectare area located south of Murmansk city. It was not the first-choice site of the project developers. Originally, they wanted an area with direct access to the Kola Bay.

«It will be a school for the whole Northern Fleet, for all our bases, Fleet Commander Yevmenov previously said about the project. There will also be a class for girls, he confirmed.

The new Navy school will be the third of its kind. The original Nakhimov school was established in St. Petersburg in 1944. A second school of the kind is located in Sevostopol, the Crimea.