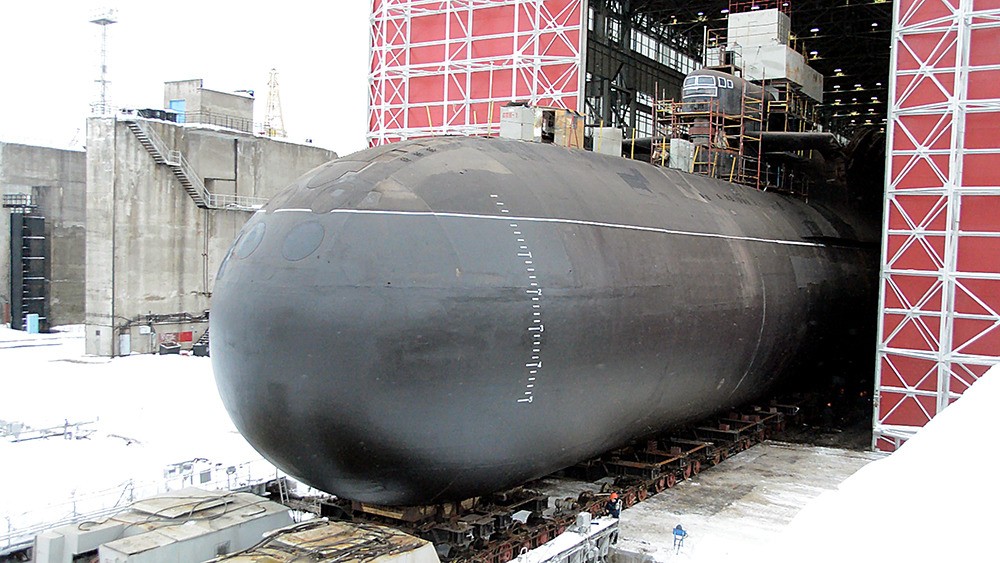 Russia continues to improve the fleet of ballistic missile submarines.
Read in Russian | Читать по-русски
By

First launched in 1987, the 30 years old submarine has been in for modernization at the Zvezdochka shipyard in Severodvinsk since December 2014.

Before the end of this year, «Tula» will again be ready to sail for the Northern fleet for many years to come. The Russian navy has six Delta-IV nuclear powered submarines, all based in Gadzhievo northwest of Murmansk on the Kola Peninsula.

Next Delta-IV submarine in line for upgrades after «Tula» now is taken out of the ship hall is «Bryansk», the shipyard’s portal reports.

This is likely the last round of overhaul of the Delta-IV fleet. The class will be replaced with the newer 4th generation Borei-class submarines, of which the three first are already in operation, two with the Pacific fleet and one with the Northern fleet.

With eight Borei submarines, the number of strategic warheads will be a maximum of 888; three with 16 missiles and five with 20 missiles. In practice, not all Borei’s will be deployed at the same time due to maintenance and repair work. Also, some of the missiles are likely to carry dummy warheads for test-launchings.

In the period when both the current fleet of Delta-IV subs and the upcoming Borei-class subs will sail together, the numbers of nuclear warheads in the Barents Sea will be substantially higher than today, as reported by the Barents Observer last week.