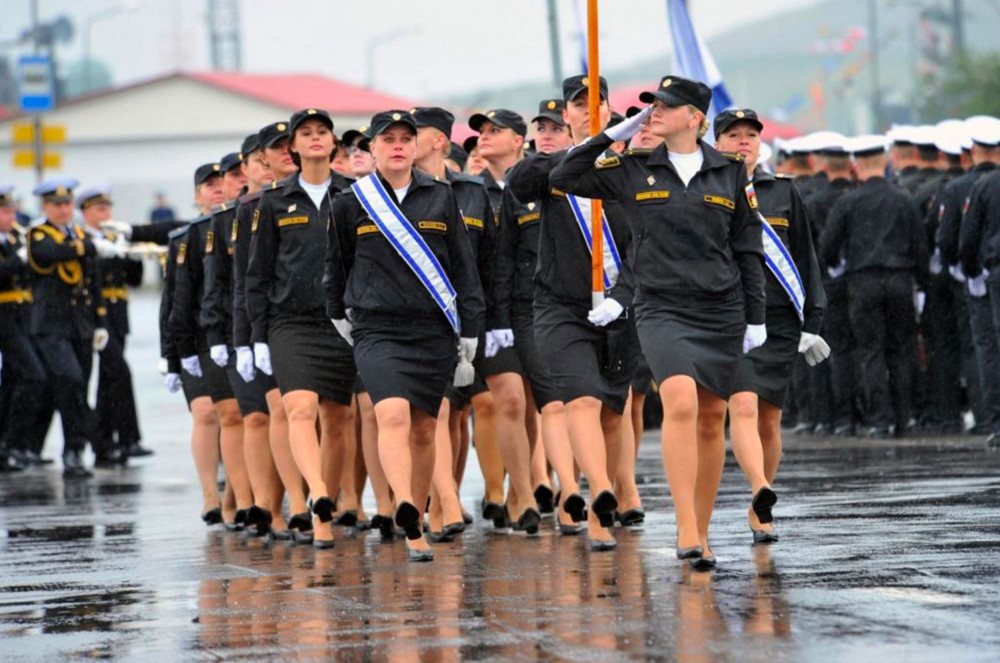 Up to five percent of our military personnel are women and there are 300 representatives of the «weak sex» among our officers, the powerful naval fleet says.
Read in Russian | Читать по-русски
By

In a greeting delivered in connection with the International Women’s Day, Northern Fleet Commander Nikolay Yevmenov praises female Navy representatives for devotion and diligence in their service.

Women currently make up to five percent of the Northern Fleet military personnel, a press release from the Navy informs. Most of them serve in medical and logistical units. However, there are also women serving in special purpose units, the naval infantry, the motorized infantry and the Arctic Brigade, the Northern Fleet says.

In addition, there are woman serving on the Fleet’s civilian support vessels, and on rescue vessel «Mikhail Rudnitsky» the 4th Assisting Captain is a women, Ms Galina Ivanina.

According to the Navy press service, about 300 of the Northern Fleet officers are now of the «weak sex».

Also Russian Minister of Defense Sergey Shoygu presents his salute on Women’s Day. In a speech delivered yesterday, the minister underlined that women play «a significant role in executing Armed Force missions». There are today almost 45,000 women serving in the Russian Armed Forces, he said. Of them, about 4,000 have the rang of officers. More than 32,000 women are serving as commons soldiers and sergeants.