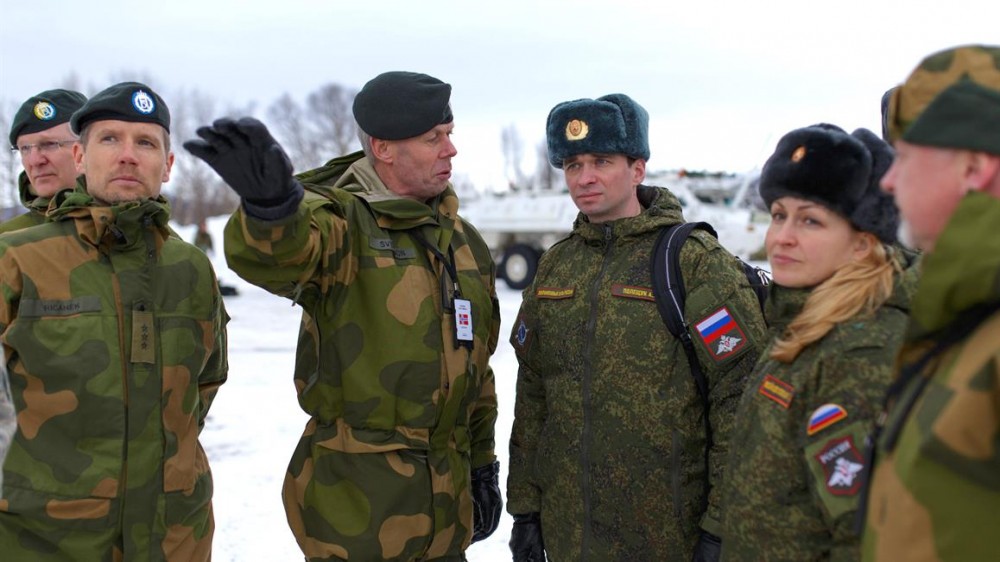 Transparent and open dialogue when the Russian military team of inspectors followed Joint Viking 2017.
Read in Russian | Читать по-русски
By

«The Russian inspection team was happy with what they so far have seen, it is a positive atmosphere. We have had a open dialogue that has worked well,» tells Lieutenant Colonel Geir Henning Width  with the Norwegian Joint Headquarters in an article posted on the Defence’s portal.

Both Norway and Russia have signed the Vienna document, an agreement that regulates how international observers are allowed to inspect military exercises. Joint Viking 2017 was also notified by Norway through the same agreement.

«The implementation of inspections like this is normal procedure. Norwegians do also have the opportunity to conduct inspections in other countries,» says Width.

The Russian team consisted of four persons that have followed parts of the exercise where 8,000 soldiers have played war game in the western parts of Finnmark.

Both British and American soldiers participated in the exercise that ends on Friday.