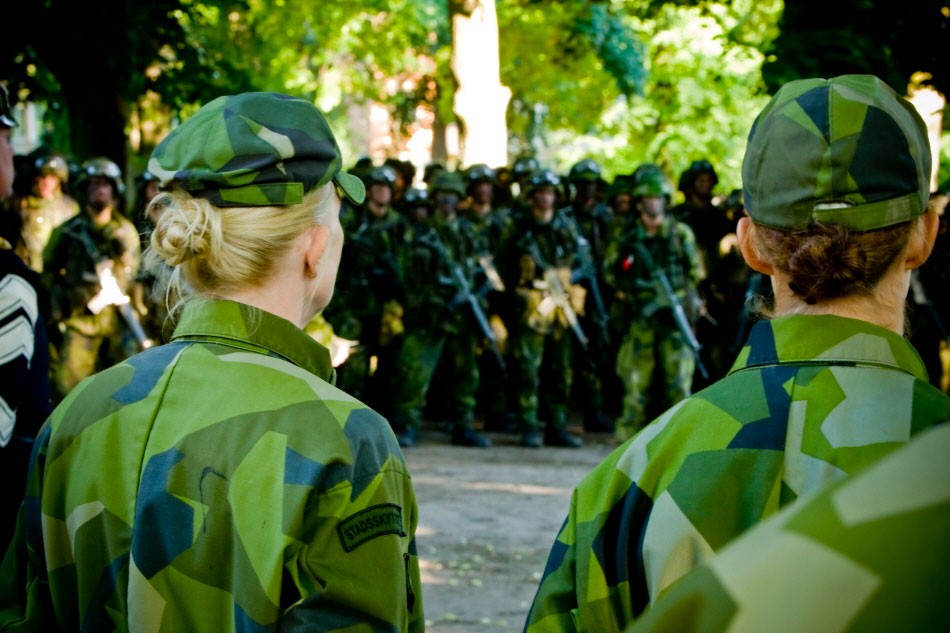 Thousands of young Swedish men and women will soon get a letter in their mailboxes. They are needed by the country’s Armed Forces.

The Swedish government today announced that it reintroduces general conscription.

Enrollment is to start already from 1 July this year, and from 1 January 2018 the system of mandatory military training is to be in effect. The country wants to have 4,000 young men and women in military service in the period 2019-2020.

Everyone born in years 1999 and 2000, both men and women, will be the first ones included in the system. A total of 13,000 people will be registered, of which about 4,000 will be selected for service, STV informs.

Sweden originally abolished conscription in 2010. Since then, the world has changed.

«We want to strengthen our military capacity, because the security situation has changed», Minister of Defense Hultqvist says in an interview with newspaper Svenska Dagbladet. «We are now giving priority to the bolstering national defense and to extend our cooperation with other countries»

Hultqvist also underlines that the Swedish Armed Forces needs more manpower and a more stable personnel situation. «The current system does not allow us to train with fully-manned forces».

The re-introduction of conscription comes as the country is enhancing its general defense capacities. A new national defense strategy presented earlier this year states that Sweden «must continue to strengthen its ability to meet immediate and long-term threats and challenges in an efficient and coherent way».

The conscription system is in line with a budget proposal for 2018 submitted earlier this week by the country’s defense forces. In a statement, Head Commander Micael Bydén says the short-term proposal is to «increase the number of permanent service personnel, heighten IT protection measures and strengthen military intelligence».

«In order to maintain our current investments and reduce the decline in capacity which we are facing in the period until 2020, we propose e.g an increased number and enhanced complexity in national and international exercises, improved preparedness and investments in communication and connection equipment», he adds.

The Swedish Armed Forces today has about 20,000 employees of which 9,000 are professional officers.