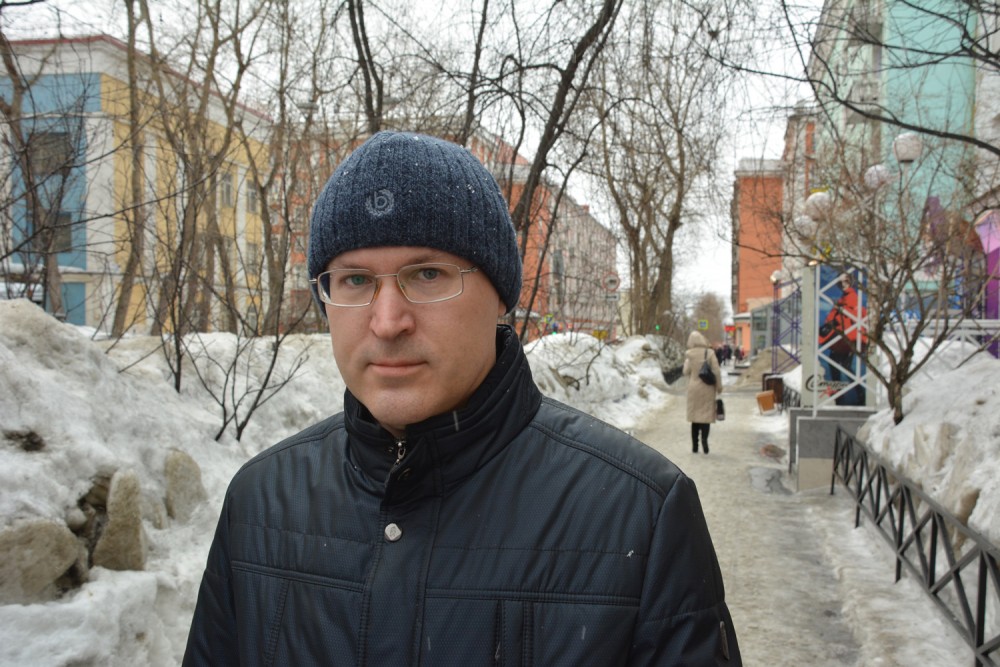 Leader of the regional party office in Murmansk, Andrey Kapitonov, was recruited by Russian agents as part of a plot involving liberal Parnas and the Norwegian secret police. Then it all backfired on the Russian security service.
Read in Russian | Читать по-русски
By

It sounds like a crime novel. And clearly, it has the elements of a scary book. However, this story is real, says Andrey Kapitonov, the former party leader in Murmansk.

In what appears as a surrealistic-like conspiracy against the liberal political party Parnas, the FSB first managed to hire Kapitonov and make him establish a local party office. Then Kapitonov was sent to the Norwegian border town of Kirkenes where he was to approach the Norwegian secret police PST and request financial support. Later, when back in Murmansk, Kapitonov was to announce that his party was nursing contact with NATO country Norway and receiving money from a foreign intelligence service.

It was in the run-up to the September 2016 State Duma elections, and the operation was to defame Parnas as a party supported by the abroad and discredit Norway as a country meddling in Russian domestic politics.

However, it all flopped.

Kapitonov changed his mind, and quit his cooperation with the agents. Instead, he turned against the security service and has now sueded the agents behind the setup.

In an interview with Barents Observer, the now former party leader says that the scam was not primarily aimed against Parnas. It was Norway which was the main target, he argues.

It is mid-March when the Barents Observer meets Andrey Kapitonov in downtown Murmansk. The well-dressed man in his late 30s takes us to a cafe discretely located in one of the side streets of Leninsky Prospekt, the main artery running through the Russian Arctic city.

My cooperation with the FSB started in September 2014, Kapitonov says.

Back then, he was working with anti-corruption work in a local municipal company and through his job came in touch with the FSB.

However, it soon became clear that it was not the anti-corruption work which was of the prime interest of the service, says Kapitonov. It was his engagement in political activity.

Kapitonov had for several years been engaged in political work. In 2009, he was co-chairman of the regional branch of Solidarnost, the liberal movement which included opposition forces like Garry Kasparov and Boris Nemtsov.

Still, he agreed to cooperate. «They promised me a good job in one of the big state companies, like Gazprom», he says.

In January 2016, the FSB agents again approached Kapitonov. He was to enrol in the political party Parnas and establish a local party branch. Subsequently, he was to candidate in the State Duma elections of 18 September 2016. The FSB was to finance the campaign.

The liberal oppostion party established and headed by former Prime Minister Mikhail Kasyanov needed representatives in the regions and Kapitonov easily took on the leadership of the new local branch.

«I needed the money», he says.

Then in April, Kapitonov was requested to go to Norway, to the nearby Norwegian town of Kirkenes and there establish contact with PST, the Norwegian secret police.

After returning to Murmansk, he was to appear on regional television and say that Parnas was working on foreign money from the Norwegian intelligence service.

«Of course, I would immediately be kicked out of Parnas and my political career would forever be sealed. But in return, I would have a well-payed job in one of the state companies», Kapitonov explains.

On 25th August 2016, Kapitonov crossed the border to Norway and sat down in a local café from where he created an email account and wrote a message to the PST. He proposed a meeting on the 2nd September. A week later, on that day, he was again back in Kirkenes.

Over a cafe table in Murmansk, Kapitonov displays the stamps in his passport which shows that he twice in late August and early September 2016 crossed the border to Norway.

However, Kapitonov had by then already decided to end his cooperation with the FSB. In his email to the PST, he made it clear that it is all a scam, he says. And the meeting with the PST never took place.

Kapitonov lowers his voice and leans over the café table.

«It became clear to me that this operation was actually not aimed at Parnas. It was aimed against Norway».

«For some reason or another, the FSB has a strong dislike of Norway».

No comments from Norwegian police

The Barents Observer has contacted the PST in Kirkenes about the case, but was told to address the main office in Oslo. Despite repeated requests, the in Oslo office has not responded on emails.

Also the FSB in Murmansk has been contacted by email, but no response followed.

However, one day before the Barents Observer met with Andrey Kapitonov in Murmansk, the Russian security service commented on the case in a local Murmansk news site.

«According to the information of the FSB in Murmansk Oblast, the materials published by Andrey S. Kapitonov is not in correspondence with reality», the note published by B-port reads.

According to Kapitonov, the conspiracy against Parnas well reflects the working methods of the Federal Security Service.

«The FSB needs to justify its existence and show off results. Like its predecessor KGB, the security service is under pressure to catch a growing number of foreign agents in order to justify financing and government support».

In a meeting with the FSB early this year, President Putin was told that the security service had revealed and halted more than 400 cases of foreign spy activity.

According to Kapitonov, agents in Murmansk are constructing spy cases in order to meet expected results. He, himself, is a victim of such a case, he argues.

«The reason why I go public with my story is a genuine wish to confront the forces which tried to disgrace relations with Norway», Kapitonov says.

«I have big respect for Norway and the Scandinavian countries, for their social and economic models, for the way they work against corruption», he underlines. «Furthermore, I tribute the way Norway adheres to Russia, and believe our countries should cooperate closely in both economic and political affairs».

He does fear retaliation from the FSB. But his main concern when going public with the story was the reactions from family and friends. Kapitonov made his first revelations about the case in a blog post published on 7x7-journal in late February this year.

«Of course, the FSB is preparing a revenge».

«They might want to get me out of Murmansk, and they might take efforts to deprive me of my current job», he says, and adds that the agents already have forced his current employer to hold back salary for several months.

Kapitonov’s troublesome relationship with the FSB is unlikely to end any time soon. In early March, he filed a request to the Murmansk Investigative Committee where he describes his case. That letter was subsequently forwarded to the Investigative Committee of the Northern Fleet, which soon afterwards sent the case further to the regional FSB headquarters.

«The circle has closed, the FSB is going to investigate itself!», Kapitonov writes laconically in an email.

Then, on 31st March, Kapitonov filed a court suit against the FSB.

«I am requesting the court to make the FSB admit that I was their agent and that I, together with other agents, was involved in an illegal operation», he says.

«I can not remember any previous such court case against the FSB».

He admits it will not be easy.

«I expect their mafiosi state machinery will use any methods to prevent me from taking the case to court. After all in such a case I will have to name several of the current agents which brought me into this».