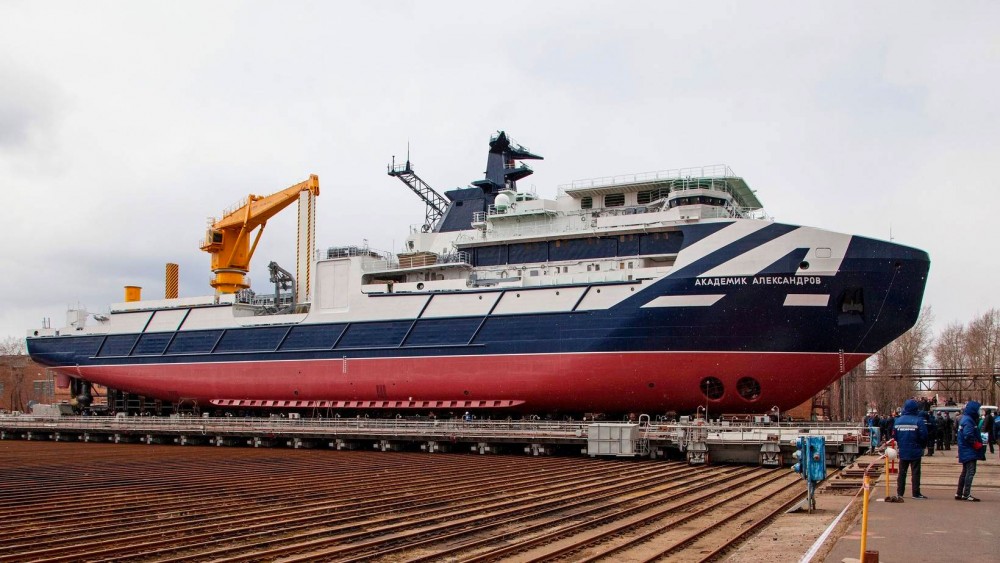 The vessel (project 20183) is the Navy’s new generation special-purpose ships made for search and rescue operations and transportation of big-dimension maritime, military and special equipment, a press release from the Armed Forces reads.

The «Akademik Aleksandrov» was put on the water by the Zvezdochka Yard in Severodvinsk, northern Russia, on Thursday and will be the third ship of its class. It is to be handed over to the Navy in late 2018.

According to shipyard Zvezdochka, the ship will have equipment which also enables it to conduct research activities on the Arctic shelf and take part in rescue operations in Arctic waters. It has ice classification Arc5, which allows it to operate in complex ice conditions.

From before, the Navy has got another two ships of the class. the latest of them, the «Akademik Kovalyov», was handed over by shipyard Zvezdochka in late 2015. Construction of a fourth ship of the class was started in 2015.

The Navy intends to use the new ships for support functions in connection with operations conducted by groups of battle ships.

During aircraft carrier «Admiral Kuznetsov’s» and battle cruiser «Pyotr Veliky’s» mission off the coast of Syria in 2016, the «Akademik Kovalyov» accompanied as support ship.