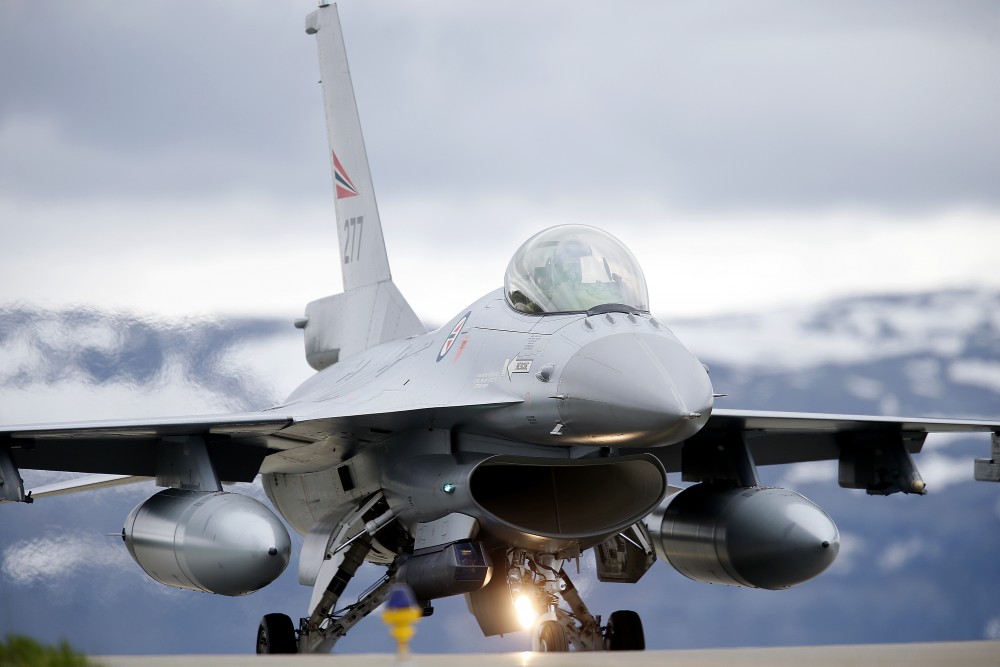 A Norwegian F-16 at Bodø Main Air Station in 2015 when Norway was the lead nation for the fighter exercise Arctic Challenge Exercise. Photo: Thorbjørn Kjosvold / Forsvaret

More than 100 aircrafts from 12 nations will crowd the skies over northern Finland, Sweden and Norway.
Read in Russian | Читать по-русски
By

Rotating every second year between the three northernmost air bases in the Nordic countries, Bodø (Norway), Luleå (Sweden) and Rovaniemi (Finland), the Arctic Challenge 2017 is led by the Finnish Air Force that is responsible for planning and direction of the training events.

1,000 people are directly participating in the training, while additional 2,500 are support personnel, the Swedish Armed Forces informs.

This year’s exercise will see even more planes than during Arctic Challenge 2015 when nearly 100 aircrafts took part.  Fighter jets, transport aircrafts, tankers, AWACS, helicopters and aircrafts for electronic warfare are all set for take off during the 10 days the exercise takes place.

The Norwegian Air Force has posted an overview over the different aircrafts, which countries they belongs to, and from which of the three air stations they will operate from. According to the list, one, maybe three, B-52 bombers will participate.

Finnish Air Force says the exercise provides opportunity to train the large-scale planning and conducting of air operations in a real-like operating environment that involves a wide range of aircraft and forces of modern air warfare.

All three air bases from where the aircrafts will operate, Rovaniemi, Luleå and Bodø are the northernmost bases for fighter jets in the three Nordic countries.

The aim is to exercise and train units to plan and conduct complex air operations in close relations to NATO partners. The unique cross-border air space makes ACE a one of a kind training ground for increasing interoperability and skills in all parts of the chain. There are no other places in Western Europe where fighter jets can train over such large areas across boders where there little civilian air traffic.