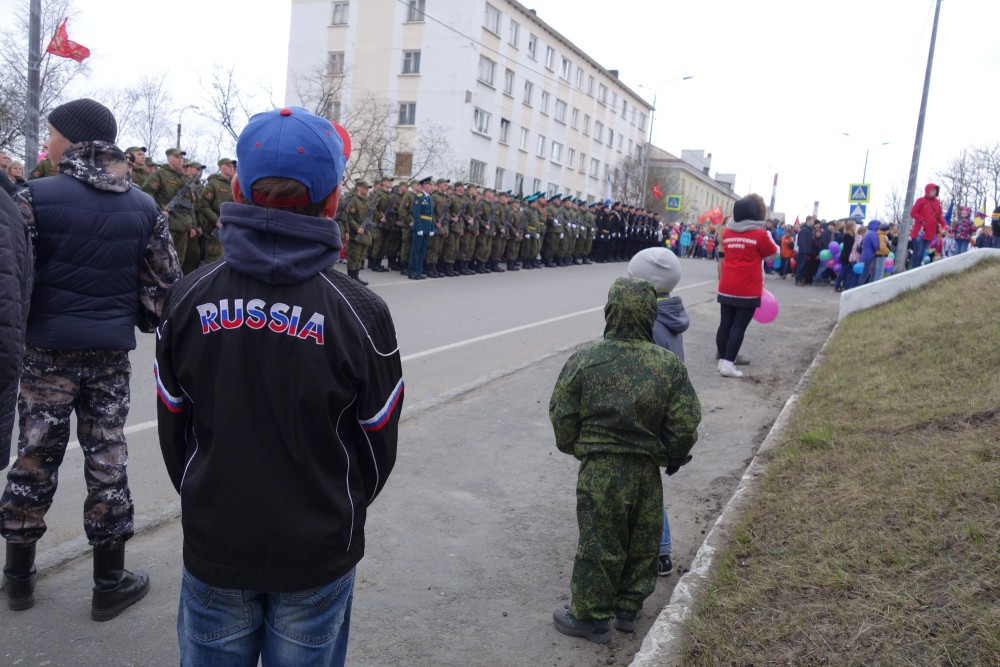 Among the areas with demographic growth is the border municipality of Pechenga.
Read in Russian | Читать по-русски
By

Figures from the regional office of Rosstat, the Russian statistical service, show that practically all military towns in the Kola Peninsula are experiencing population growth.

Albeit modest, the growth pattern is clear. While the lion’s share of the region continues its demographic decline, the towns with strong military presence in 2016 increased their number of inhabitants.

Among the towns with the biggest growth is Severomorsk, the Northern Fleet headquarters town, and submarine base town Zaozersk. The former by 1st January 2017 had a population of 60,436, an increase of more than 330 compared to the previous year. In Zaozersk, the population on 1 January was 9,993, up from 9,939 in 2016.

The same trend goes for Olenegorsk, Polyarny, Gadzhievo and Alakurtti, all of them towns of key importance for the Northern Fleet.

Also Pechenga Rayon, the municipality located along the border to Norway and Finland, in 2016 had a population increase. The figures from Rosstat show that population in the area now totals 37,213 individuals. That is an increase of 24 people compared with 2015.

The growth might seem insignificant. However, for Pechenga it is a milestone.

For the last four decades, the local population in the municipality has been shrinking year by year. In the late 1970, there were more than 50 thousand living in the area. Then, in 1989, the population had dropped to 48,7 thousand, and in year 2000 - to 46,6 thousand.

According to Mayor of Pechenga Aleksandr Morozov, the positive trend is partly linked with the settlement in the area of military families.

«In the local military towns, there is a shift from conscripts to contract soldiers», he says to the Barents Observer. Contrary to the conscripts, the military men on contracts tend to stay long and register as local residents.

The Pechenga Rayon houses the Northern Fleet’s 61st Naval infantry brigade, as well as the 200th Independent Motor Rifle Brigade, both of them units included in Russia’s so-called Arctic Brigade.

For all of Murmansk Oblast, the population in 2016 dropped to less than 758 thousand. The negative demographic development came also in Murmansk city, where the population by 1st January 2017 totaled 298,172.

Despite the downward trend Murmansk Oblast remains the world’s most populated region north of the Arctic Circle.