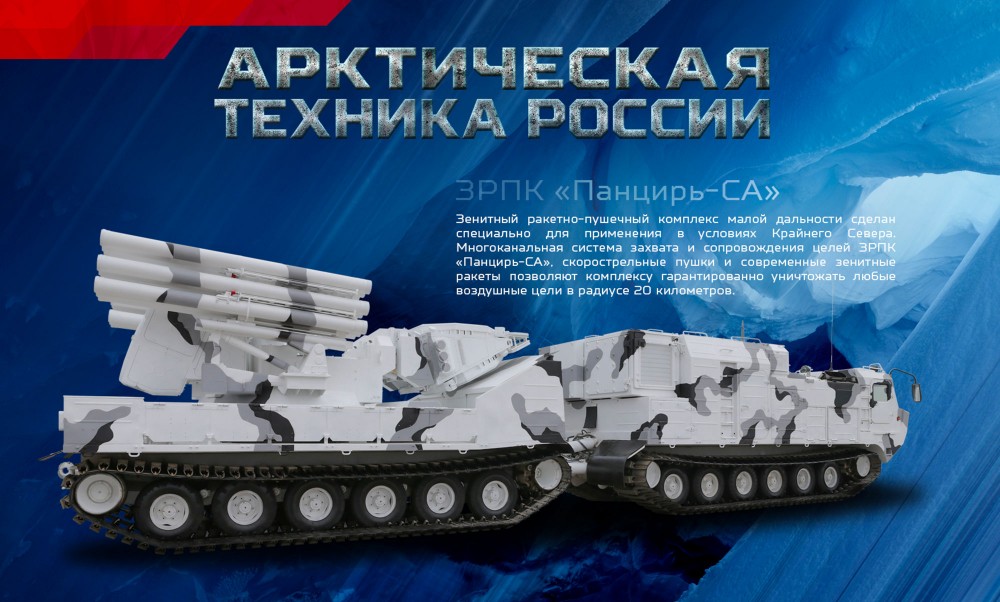 The Armed Forces prepare for show-off of their special designed Pantsir-SA and Tor-M2DT, both short and medium-range surface to air missile systems on belts.
Read in Russian | Читать по-русски
By

The new hardware is made specially for operations in the High North, the Armed Forces writes on a web portal presented in connection with the upcoming 9th May celebrations.

«With its quick artillery and modern missiles, the Pantsir-SA can with guarantees hit any air objects in a range of 20 km», the description reads. The system is a modification of the Pantsir-S1 (SA-22 Greyhound).

The Tor-M2DT is based on the Tor-M2 missile system (SA-15 Gauntlet) and is attached on a DT-30 belt wagon. Its missiles have a range of 15 km, the Armed Forces inform.

There will be 9th May military parades in 28 Russian cities, among them both Murmansk and Severomorsk.