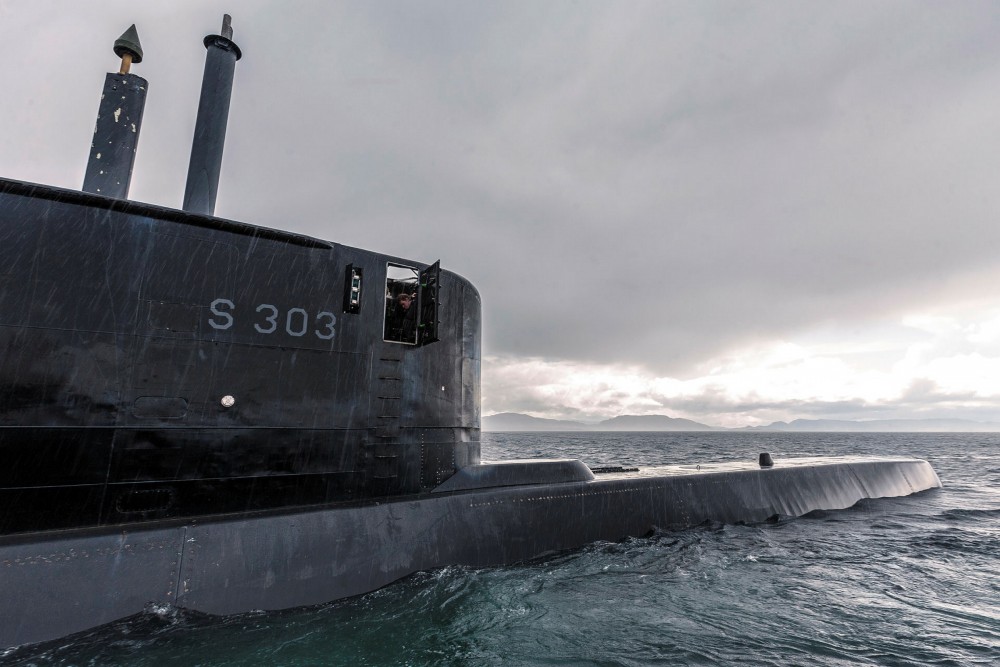 Norwegian and other NATO submarines and surface vessels will train warfare in northern waters in the coming weeks.
Read in Russian | Читать по-русски
By

«The chosen exercise area is well suited to give the participating unites a high training benefit. The oceanographic is supportive of surface traffic and is suitable,» says Commander (SG) Per Rostad, Chief Public Affairs officer with the Royal Norwegian Navy.

He will not elaborate on the exact areas for the war-game.

Also, the German intelligence ship «Oste» was Friday afternoon at port in Tromsø, according to MarineTraffic. The vessel belongs to 1st submarine squadron. US Navy vessels are also in the area.

Rostad says to the Barents Observer that the exercise is named EASTLANT 17. Eastlant is NATO terms for Eastern Atlantic Area.

«The aim of the exercise is to train the participating unites in warfare,» Per Rostad confirms.

The exercise comes after Russian submarines have been sailing out of the bases along the Kola Peninsula at levels not seen since the Cold War. For Russian submarines, the Barents and Norwegian Seas are of most importance en route to the North Atlantic or the Arctic Ocean.

Commander (SG) Rostad does not want to go into details about for how long the warfare training will go on, but says the exercise «will be conducted in the coming weeks.»

The two German submarines participating are of the Type 212. These are similar to the ones Norway recently announced to buy four of at a price of more than €3 billion. Delivery of the new submarines will be from the mid-2020s to 2030.

For Norway, a naval exercise with other NATO members in the north is a part of making a stronger military foothold in the high north.

Norway will increase its defense budget to reach NATO’s 2% target, the strategy reads.

Foreign Minister Børge Brende said: We must maintain and further develop our transatlantic cooperation, pursue a consistent, predictable policy in relation to Russia and continue our strong engagement for an international order based on values that are important to Norway. NATO and the US security guarantee will remain the cornerstone of Norway’s security policy.»