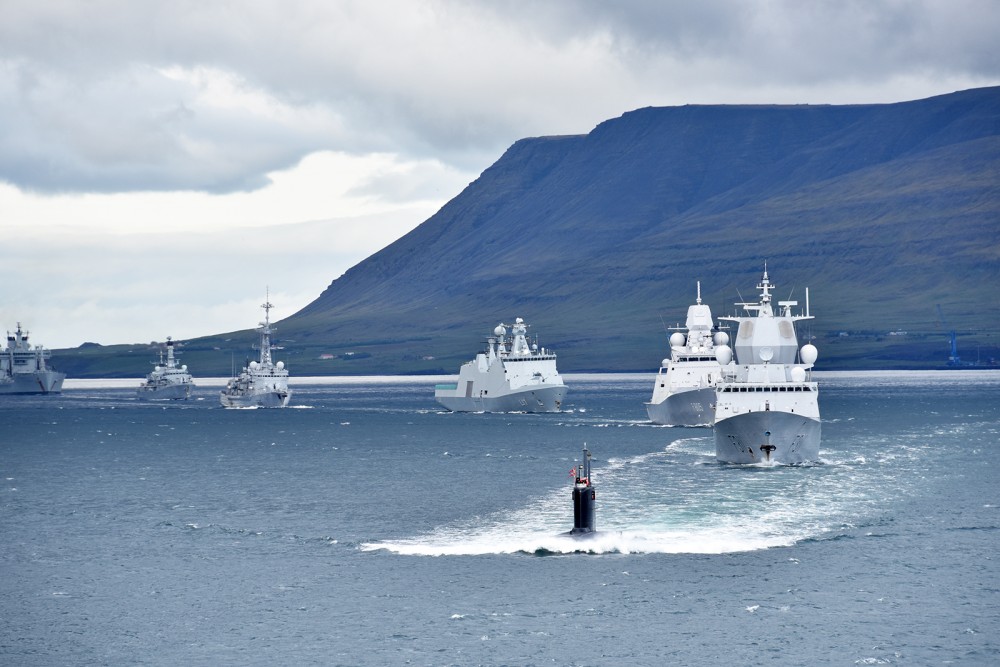 In a show of strength, 11 vessels from 10 allied countries unfold a large-scale exercise in the North Atlantic.
Read in Russian | Читать по-русски
By

The exercise named Dynamic Mongoose 2017 (DMON17) represents a major show of force in the region, an area increasingly of strategic interest for Russia and the other Arctic states.

The exercise, which started on Tuesday includes Canada, Denmark, France, Iceland, the Netherlands, Norway, Poland, the United Kingdom and the United States of America, as well as a NATO research vessel, the NRV “Alliance,” under the command of Standing NATO Maritime Group One (SNMG1) Commodore Ole Morten Sandquist.

The latter ship is operated by the Italian Navy for the NATO Centre for Maritime Research and Experimentation (CMRE) based in La Spezia, Italy.

The main objective of the Dynamic Mongoose 2017 is to train participating ships, aircraft and boats in submarine and anti-submarine warfare in order to increase ability to conduct sea control and sea denial operations, Navy representatives say in a press release.

The exercise has in previous years been held in the waters off the coast of Norway. This year it is Iceland which serves as the geographical hub of the war games.

«Search for submarines is a demanding military task, particularly in the areas off Iceland with great depths of water. This exercise increases our ability to conduct advanced surface- and undersea warfare in challenging and realistic waters», says CDR (sg) Eivind Kvalvåg, commanding officer HNoMS Roald Amundsen.

The NATO vessels are followed with close interest by Russia, which over the last years significantly has boosted its naval capacities in the north. The Northern Fleet, the country’s most powerful naval force, is building new and modernized surface vessels and submarines, among them the multipurpose Yasen-class and the strategic Borey-class.

The Northern Fleet is based in the Kola Peninsula and Russian authorities are actively protesting any NATO activity in the region.

The country’s Ambassador to Norway Teimuraz Ramishivili has in several recent statements sought to impact Norwegian public opinion by warning that NATO military activities in the country could harm bilateral relations and jeopardize regional peace and stability.