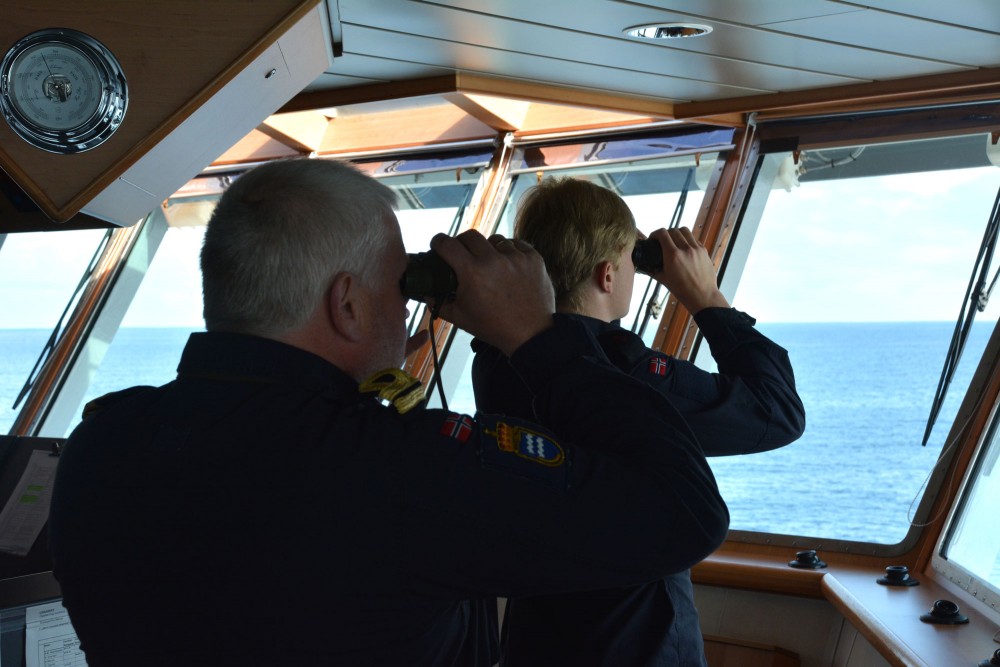 It used to be civilian rescue services and the Coast Guard which represented Russia in the joint search and rescue drills in the Barents Sea. This year, it was the powerful Northern Fleet. It is a positive development, the Norwegians say.
Read in Russian | Читать по-русски
By

The Northern Fleet took Norwegian participants by surprise as they took on a central role in this year’s Exercise Barents, the annual search and rescue (SAR) and oil spill preparedness drills in the Barents Sea.

Previously, it has been the FSB Coast Guard and the Marine Rescue Service (MRS), which have been key Russian partners in the Norwegian-Russian exercise. This year, the latter was not even represented.

«We have to be ready to help each other in emergency situations», says head of the Northern Fleet’s SAR Authority Vladimir Gorban. He makes clear that his men will take part also in upcoming joint Russian-Norwegian exercises.

«These exercises are a good opportunity to strengthen cooperation between our two countries in the field of SAR», Gorban underlines to the Barents Observer.

Along with a 20-person Russian delegation, he took part in an exercise planning meeting in Kirkenes, Norway, this week. On Wednesday, the respective units set out to a training area in the Barents Sea with ships and crews. A total of eight ships, a patrol aircraft and a helicopter took part in the training.

«Previously, only civilian authorities like Rosmorspassluzhba (MRS) were engaging in oil spill preparedness and spill cleanup from our side, while military rescue units did not involve in these kind of activities. However, now there are more efforts devoted in our country to environmental protection», Gorban explains.

«We are getting new equipment made for operations in the Arctic and there are new ships built with ice class standards, all of it makes us able to guarantee support and assistance in the Arctic zone», the Northern Fleet representative says.

This year, the Exercise Barents was headed by the Russian side. The SAR scenario was a fire onboard an oil tanker and subsequent joint rescue of crew members drifting around at sea. The exercise is divided in two parts; first SAR and then oil spill cleanup training.

According to the Norwegian side, it all proceeded smoothly.

«This year’s exercise have proceeded successfully, we have conducted what we were supposed to do, all of it in line with planning documents», says Alf Kristiansen. He is Senior Adviser at the Norwegian Coastal Administration and has taken part in Norwegian-Russian cooperation on oil spill preparedness ever since contacts were established in 1991.

He does not believe the involvement of the Russian Navy could undermine the long-lasting cooperation.

«We consider it positive that the Northern Fleet is engaging in the training and that there is a flexibility in the system», Kristiansen says to the Barents Observer.

Kristiansen admits, however, that it was «a bit strange» that the Marine Rescue Service (MRS) did not take part this year. The Service, a branch of the Ministry of Transport, has been a main Russian stakeholder ever since the first joint Norwegian-Russian oil spill preparedness training in 1995.

He hopes that both the Navy and the MRS will take part in 2018. Then, Norway will lead the exercise.

From the Norwegian side, key stakeholders is Exercise Barents are the Coast Guard and the Coastal Administration. In addition, the Norwegian Air Force normally provides air assistance and the Norwegian Society for Sea Rescue contributes with a ship. Coordinating authority is the country’s Joint Rescue Coordination Centre.

This year, the main contributions from the Norwegian side were Coast Guard vessels «Harstad» and «Farm», and the Coastal Administration’s tug «Striborg». From the Russian side, Northern Fleet tug «Nikolay Chiker» was main ship. In addition, Coast Guard vessels «Zapolyarie» and «Murmanryba» took part.

Normally, aircrafts and helicopters from both sides take part in the training. This year, however, the Norwegian Orion patrol aircraft did not take part as planned and the Sea King helicopter failed to get the necessary papers for it to be able to cross the border between the countries. On the Russian side, a Il-38 aircraft and a KA-27 helicopter participated.

Major resources were provided by both sides in the drills. However, the ships all stayed on their respective sides of the maritime border. The Russian vessels had got Norwegian permission to cross the borderline, but they still refrained.

A participant in the training admitted that the Exercise Barents is more about diplomacy and nursing cross-border contacts than about actual training. During the exercise, all vessels, among them four Norwegian and four Russian, conducted parallel training with only limited joint operations. None of the ships crossed the border, and there were none Norwegian observers on board the Russian ships, and only one Russian on board the Norwegian.