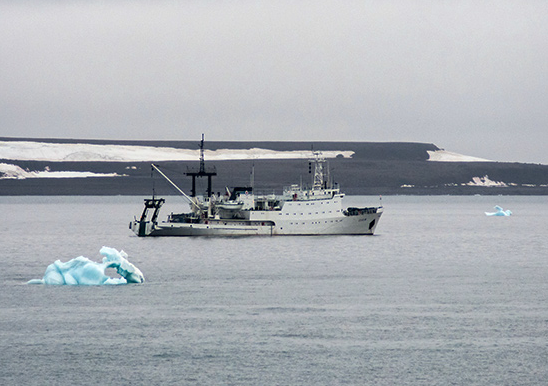 The «Vsevolod Vorobyov» will aid bigger Navy vessels and take part in exploration of the Arctic shelf.
Read in Russian | Читать по-русски
By

In a recent ceremony in Arkhangelsk, the 36 meter long vessel was officially given the name of high-awarded 20th century Russian sea farer and explorer. Built in Rybinsk, the ship is the 9th ship of its class, one of which already is based in the Northern Fleet.

The «Vsevolod Vorobyov» (project 19920 «Baklan») is made for navigation support to other vessels,   hydro-geographical survey and mapping of the seabed, Wikipedia informs. The ships can also bring research groups and up to 15 tons of special equipment to undeveloped coast sites.

«This ship will be of big use for the Russian Navy in its development of the Arctic, it will provide navigation security to combat vessels and civilian vessel in northern waters and port areas», Northern Fleet Head Commander Nikolay Yevmenov said in the name ceremony, a press release reads.