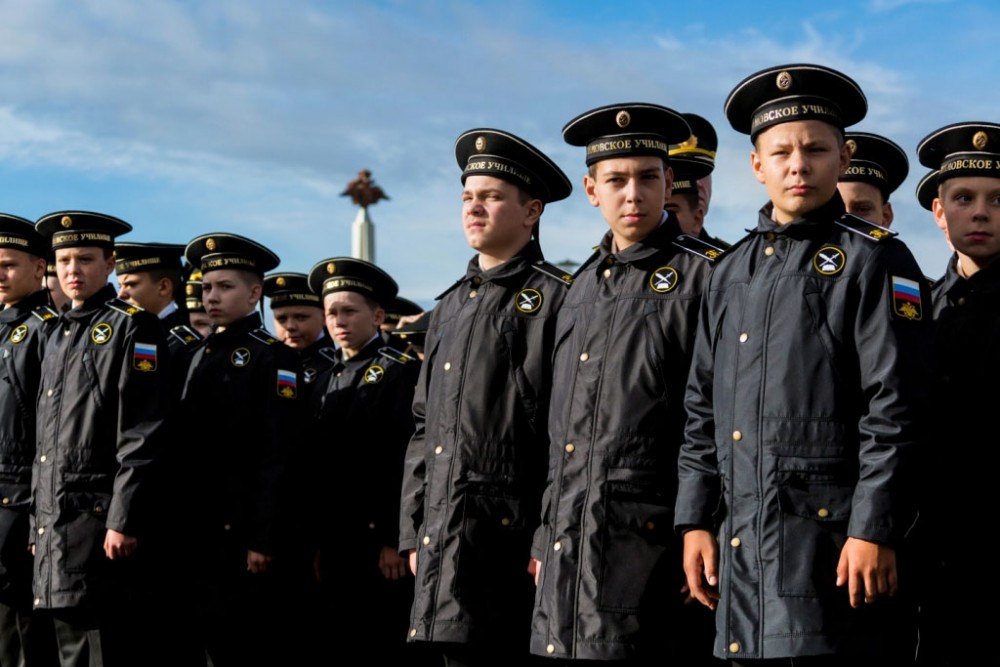 Students at the Nakhimov naval school in Murmansk: Photo: mrnvmu.mil.ru

Only half a year after construction started, Russian Head Navy Commander Vladimir Korolyov greeted the first students at the new Nakhimov naval school in Murmansk.
Read in Russian | Читать по-русски
By

As the Russian school year started 1st September, Koroloyov and other top Navy leaders gathered in Murmansk for the official opening of the new naval school. Dressed up in new school uniforms, the first 240 students stood lined up as a military unit.

«Here, where you can feel the winds of the Arctic, where Russia’s most powerful fleet is located - the Northern Fleet, you become part of the Nakhimov brotherhood, the future elite of the Russian Navy», Korolyov said in a speech.

«Here, on the shores of the Kola Bay and the Barents Sea you start your military naval path, I am sure that many of you will be our future conquerers of the Arctic and the depths of the sea, masters of atomic power and chiefs of missile strikes», he stressed.

The new complex will be the first of the kind built since the original Nakhimov School was established in St. Petersburg in 1944. There is also a Nakhimov School in Sevastopol, the Crimean Navy town.

The new school is built in record-short time. In September 2016, a delegation from the Ministry of Defence was in Murmansk to look at four alternative sites for the new facility. Construction officially started in late February 2017.

«You must know that the bridges of ships and compartment sections of submarines are waiting for you», Navy leader Korolyov underlined.

«You will come well prepared and with great love for the Fleet, which will emerge in your hearth as your study in the new Murmansk Nakhimov Naval School progresses».

Navy representatives earlier highlighted that the school «will be a school for the whole Northern Fleet, for all our bases» and that there also will be a class for girls.

Education is 7-year long and starts from the 5th grade (12 years age). Students live on campus and have a six-day study week.

When fully finished, the new school will include a teaching complex, a marina, a sport and stadium complex, cantina, dormitory and a parade ground. It will house up to 560 students.